Sports Illustrated and Empower Onyx are putting the spotlight on the diverse journeys of Black women across sports—from the veteran athletes, to up-and-coming stars, coaches, executives and more—in the series, Elle-evate: 100 Influential Black Women in Sports.

Much like what Tiger Woods did for golf and the Williams sisters did for tennis, 27-year-old Naya Tapper is taking rugby—a stereotypically men’s sport—and changing the game. And it’s not just about how people see rugby, but how women in general are perceived when it comes to contact sports. Women are often taught to shy away from contact sports, with the mindset being that women aren’t built for that kind of physical competition. If we do see images of women playing contact sports they are often ridiculed, masculinized or toned down to appear less aggressive.

“The main reaction I get is, Oh, I didn’t know that women played that sport, and you look too pretty or too feminine to be playing that sport,” Tapper says. “Being a Black, feminine, straight woman, speaking on and being from the sport breaks a lot of the stereotypes.”

But while Tapper may stand out in rugby as a Black woman, she wants people to know she is not the lone minority.

“I like to let people know how diverse the community is from my experiences in college, all the way to the professional level, where we have girls of all ranges from straight to gay, to Asian to Black, to Hispanic, all different religions from all different parts of the country, it’s just so diverse,” Tapper says.

Being one of the fastest growing sports in the U.S. and fifth most popular sport in the world, rugby is the new kid on the block that nobody knows. Despite its rapid growth, the limited exposure means most people don’t know what it is.

“When I try to explain rugby to people who haven’t heard of it before, or haven’t watched it, I usually say that it’s a combination of football and soccer,” Tapper says. “Football because you tackle, on both the women’s and men’s side, and soccer because you can go back and forth simultaneously between attack and defense throughout the game.”

Tapper’s happy place has always been in competitive sports, but when she decided to attend the University of North Carolina, she took a break from athletics to focus on the other aspects of college, something she felt she was deprived of in high school as a track and field star.

But after a few semesters at UNC, her inner athlete started calling again, so she tried out for the school’s rugby team for fun. It checked all the boxes of what Tapper needed: physical and highly competitive. It was a decision that she had no idea would change the trajectory of her life at the time, but that eventually catapulted her into the spotlight of women’s athletics.

“I realized that I was good at it, that I could play at the pro level, could possibly go to the Olympics, and get paid to play a sport,” she says. ”I also loved the contact aspect of it, how aggressive I could be, how powerful and strong I could be and not feel judged for it. I think that was one of the main things. It just made me feel very empowered.”

While Tapper’s journey to rugby was unexpected, it came during a time when she was struggling with what she thought she was supposed to do (be a bilingual physical therapist), as opposed to what she needed to do. Tapper did what was best for her. She earned her degree (it was important to her to have a backup plan in place before she pursued rugby professionally) but put her physical therapy career on hold.

“A lot of people make decisions based on what other people think. You’re the person that’s going to live that life, not them. So, make the best decision for yourself regardless of the critics,” Tapper says. “A lot of the time I’ve heard how you should only have Plan A. I completely disagree with that. I think it is important to have a safety net just in case your Plan A doesn’t go through.”

Her Plan A was a decision that has changed her life beyond what she ever imagined. As an Olympian, rugby has taken her around the world and taught her life skills that are priceless. But one of the main things the sport has given her was the ability to not hold back and boldly live in her alpha as a woman.

“Women who are more blunt, more aggressive, more dominant, more of an alpha. … Being able to be in an environment where you can express that and not feel the urge to hold that back or hold it in because of who you’re around or who you are as a person, just being able to release, just makes you feel so at ease mentally,” Tapper says.

Tapper may be good at knocking women down on the field, but off the field she is even better at lifting them up—a girl’s girl at heart. She is an inspiration not only for being a Black woman rugby player, but also because she is a woman living her purpose. It may mean playing a sport that many are not familiar with yet, but Tapper has nonetheless changed the face of women athletics by sending a message that is loud and clear, fitting for the self-described alpha: Women belong.

Senita Brooks is a contributor for Empower Onyx, a diverse multi-channel platform celebrating the stories and transformative power of sports for Black women and girls. 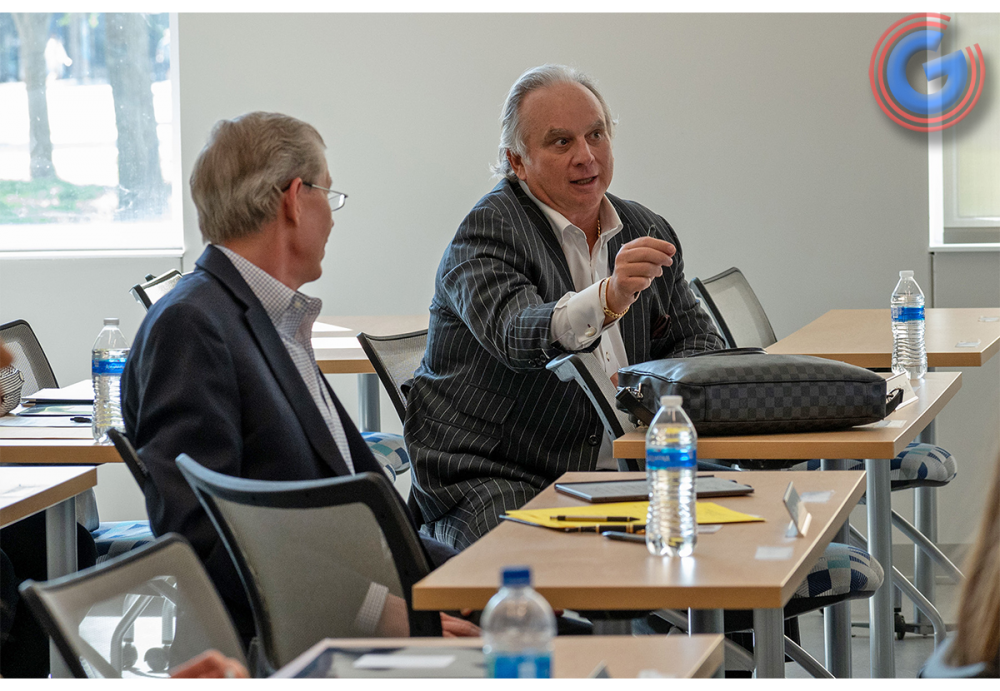