A World Cup in New Zealand, Commonwealth Games, World Cup Sevens and an expanded home-and-away Super W season are all on the calendar, but a big question remains: What shape is the women’s game actually in at the moment?

COVID-19 has wreaked havoc on sports across the world, but for women’s rugby it has taken a particularly brutal toll in Australia. The Wallaroos have gone two years without a Test match, despite the 2021 Rugby World Cup kicking-off in under 12 months, and their training camps have been cancelled or rescheduled on numerous occasions, while Super W was forced into a three-week window, with the Western Force dropping out after the first round.

The sevens program didn’t fare much better, with the AON University sevens tournament split in two across New South Wales and Queensland, while Rugby Australia was forced to scramble together a trans-Tasman tournament and a quad Pacific series as pre-Olympic preparations before the ‘Golden Girls’ failed to medal or even reach the semifinals in Tokyo.

In response, RA instigated a review of both the men’s and women’s sevens programs, while a group of players, administrators and the RUPA (Rugby Union Players Association) have also been brought together to create a strategic plan for women’s high performance. It follows World Rugby’s announcement they’ll be doing a significant review of all Tier one and Tier two national women’s programs.

Still, it is a huge step in the right direction from RA who’ve remained relatively quiet on the direction of the women’s game throughout much of 2021.

While staying tight-lipped when it comes to any strategic decisions, RA revealed to ESPN that Super W will be front of mind in 2022 with the now expanded six-team home-and-away tournament pencilled in to kick-off during Super Rugby Pacific’s Women in Rugby round (depending on the impact of the New Zealand border closures) in Round three, while a massive increase in Test matches are set to be scheduled for the Wallaroos.

If everything comes together, the Wallaroos will play at least 12 Tests in 2022, more games than they’ve ever played in one calendar year, with matches scheduled against the Black Ferns, USA, Canada, Japan and Fiji, while a historic run to the World Cup final could see them play 15 matches by the end of the year.

It’s a significant increase and hopefully signals RA’s intent to move the women’s game forward, especially with the players receiving new contracts this week ahead of their mammoth year.

But the Wallaroos non-appearance in Europe during the November series has been a frustration for many fans. While 12 teams from around the world took part in a three-week Test series, Australia’s best players were forced to watch from home.

According to RA, logistics were simply too difficult. After undertaking a survey of their players they found that while some were interested, too many couldn’t take more than month off work to play and undertake two weeks hotel quarantine, while the cost of the mandatory quarantine would have come to over $100k. For RA and the coaching staff it simply wasn’t feasible.

While a disappointing outcome for all involved, the correct decision was made with the squad now preparing to meet their coaches for the first time in person in January.

But, while there is apparent progress in the fifteens game, the same can’t be said for the sevens format.

Rumours abound that the Aon University sevens, perhaps RA’s best initiative in the women’s game in recent times, is about to be cancelled. When questioned by ESPN, an RA spokesperson said there had been no formal decision made on its future, but sources from Sydney teams, UTS and the University of Sydney, told ESPN they’d already received news that the competition will not be going ahead in 2022.

Meanwhile the universities themselves have received no further communication from RA or Unisport, the facilitators of the competition alongside RA, since an email in September informing them the sporting body are currently undertaking a review into the women’s game. When questioned by ESPN, RA said no such review existed.

Furthermore, RA said that talks with AON were ongoing, and the current major sponsor of the competition could still renew its contract. If no extension is secured, however, it could spell dire consequences for the series and the continued development of the national sevens team.

As it stands, the University sevens competition is the only formal pathway for sevens players to reach the Australian team. Several squad players currently in Dubai ahead of the Australian women’s first World Series appearance this year were spotted through the AON series, while Maddison Levi nabbed her Olympic debut off the back of her impressive performances for Bond University earlier this year. The loss of such an important pathway would be devastating for young players and squad development especially following Australia’s poor performance in Tokyo that saw them knocked out of the tournament in the quarterfinal.

Following a review into the program, the side is currently coachless with former head coach John Manenti invited to reapply for his position, and there’s also been a massive shake up to the squad with 2016 gold medalists Shannon Parry, Emma Tonegato, Chloe Dalton and Ellia Green moving on. RA are currently chasing down Evania Pelite’s signature after she took an extended break from the game.

Results in back-to-back Dubai tournaments will be a strong indicator of the development and succession plan of the squad with so many inexperienced players moving into vital positions.

Meanwhile, Rugby Australia’s National Head of Talent Management Adrian Thompson told ESPN one of the biggest issues within the women’s program was the fractured nature of the two formats, an issue that’ll come to a head in 2022 when the Wallaroos participate in the World Cup while the sevens program will play in both the Commonwealth Games and the World Cup Sevens.

“Well, I think the biggest issue at the moment is probably not deliberately, but the lack of alignment between sevens and fifteens, clashing with each other and girls sometimes having to be forced to make decisions about what they do,” Thompson told ESPN.

“That’s hard next year not to clash because both the fifteens and the sevens are such big international calendars next year, with Commonwealth Games, World Cup in sevens and World Cup and Pacific four in fifteens.

“But moving forward, we need to find better alignment between all those competitions, that includes, you know what we do with those domestic ones like Super W and AON.”

There’s been plenty of criticism of RA’s handling of the women’s programs over the past two years, much of it justified, but there’s no doubt they’re finally taking steps to move in the right direction. 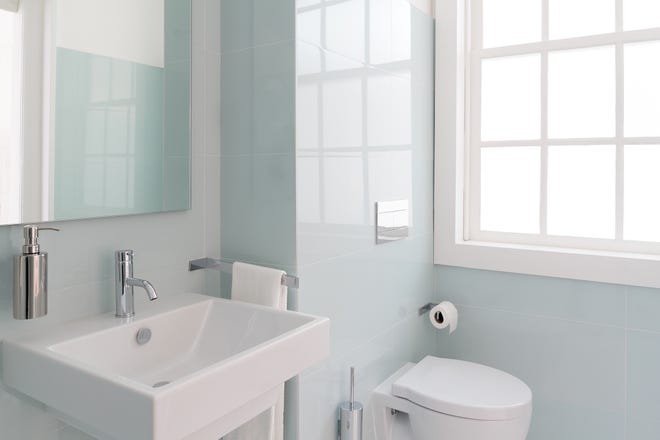