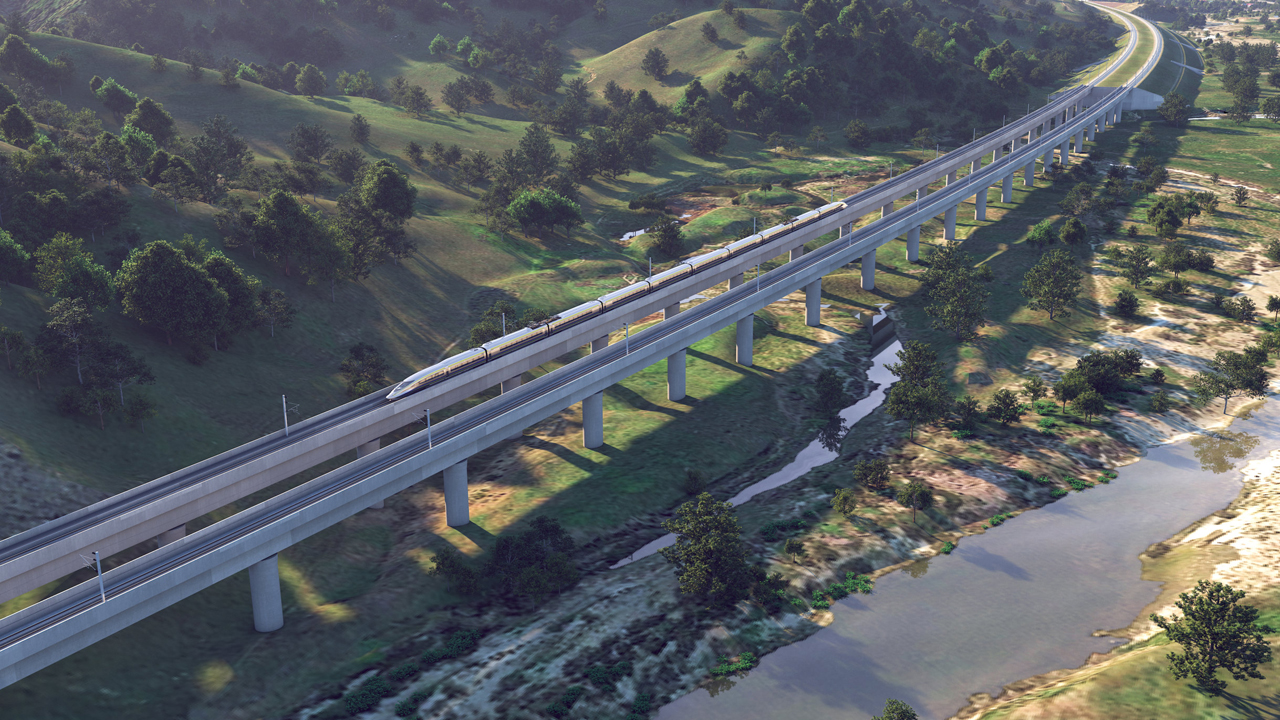 The California High Speed Rail Authority (CHSRA) on Feb. 8 issued a Draft 2022 Business Plan covering project progress plus areas of opportunity; the 500-mile Phase 1 system from San Francisco to Los Angeles/Anaheim is now slated to cost up to $105 billion.

Comments on the draft business plan (download below) are due by April 11.

In the plan, CHSRA outlined how new funding—from the federal Bipartisan Infrastructure Law and Gov. Gavin Newsom’s proposed Transportation Infrastructure Package, including the remaining $4.2 billion in Proposition 1A bond funds—will allow it to:

• “Invest statewide to advance engineering and design work as every project section is environmentally cleared.”

• “Leverage new federal and state funds for targeted statewide investments that benefit local service providers and advance high-speed rail in California.” This includes a continued partnership with Caltrain to electrify its commuter rail corridor between San Francisco and San Jose and work with Union Pacific to expand passenger electrification to Gilroy; early grade separations in the Burbank to Los Angeles shared corridor where Metrolink and Amtrak Pacific Surfliner services currently operate and high-speed trains will run in the future; and joint funding for a new, single Merced Multimodal Station where regional Altamont Corridor Express and intercity San Joaquins services will connect with high speed rail.

The plan also updates the CHSRA’s budget and capital cost estimates for segments with recently approved environmental documents “to account for numerous mitigation measures to address community concerns.” Among them: scope changes in the Bakersfield to Palmdale section that addressed the visual effects to the César E. Chávez National Monument/Nuestra Señora Reina de La Paz National Historic Landmark, in Keene; the addition of enhanced noise barriers through the city of Tehachapi and stream restoration and safety enhancements along the Pacific Crest Trail; and design and mitigation refinements south of Hollywood Burbank Airport to minimize residential and commercial disruptions and to allow for direct air-rail intermodal connectivity at the airport.

Of the 500-mile Phase 1 System, 291 miles have been environmentally cleared—including a contiguous stretch between Merced and Palmdale plus last month’s clearance of the Burbank to Los Angeles section—CHSRA reported.

By mid-2022, the authority said it anticipates having environmentally cleared another 131 miles, with Board action expected on the final Records of Decision on the two Northern California sections between San Francisco and Merced. CHSRA’s last two project sections, Palmdale to Burbank and Los Angeles to Anaheim, are slated to advance in 2023.

Over the past year in the Central Valley, CHSRA said it has substantially completed all major design elements for the 119-mile segment between Madera and Kern counties; established a third-party task force to advance “first-order utility work by resolving critical outstanding issues”; and developed a right-of-way schedule. (See map, left; chart below). “We are focused on managing risks, negotiating contract changes necessary to fully define project scope, and setting achievable completion milestones,” CHSRA reported.

This month, the authority will initiate procurements to advance design on the 33-mile extension north from Madera to Merced, the 19-mile extension south from Poplar Avenue to Bakersfield, and the four Central Valley stations (Merced, Fresno, Kings/Tulare and Bakersfield).