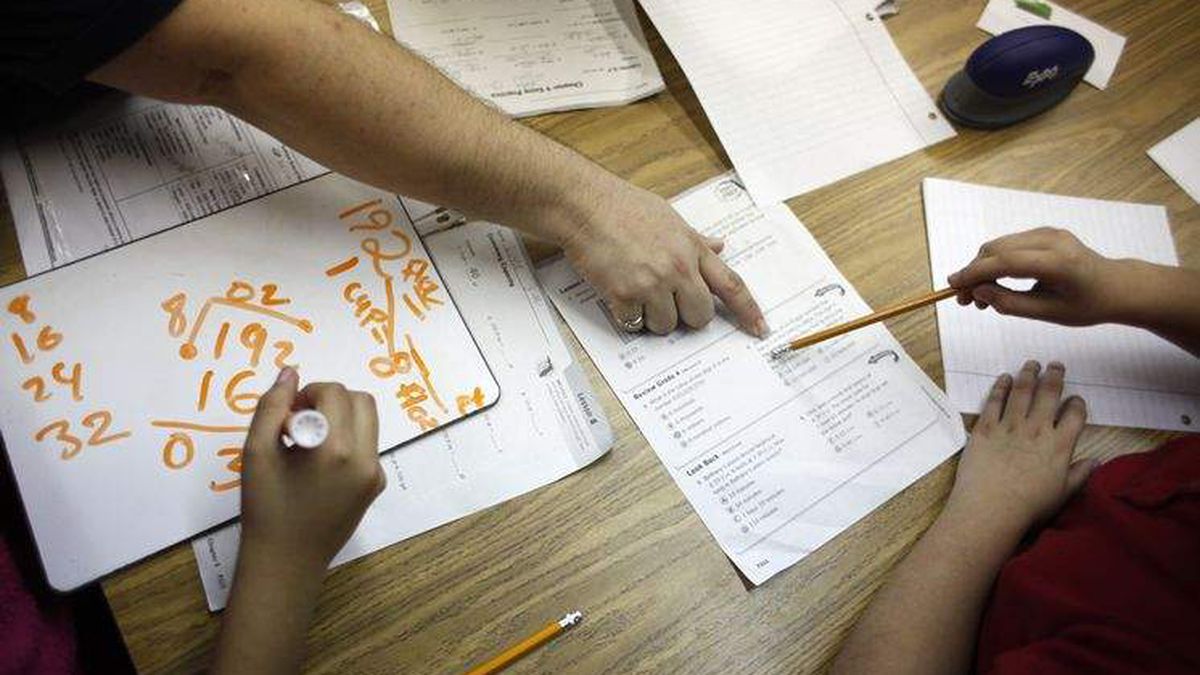 The big story: Florida announced Friday it had rejected dozens of math textbooks for adoption, saying many included topics the state has deemed inappropriate.

Days later, officials said they still wouldn’t provide any examples from the list of books. They argued they weren’t at liberty to do so, even as they stated the review process was transparent and open.

That decision has left school districts, book publishers and a large national audience watching the showdown pondering next steps. Districts are in the middle of picking new math books for 2022-23, and eyeing a looming social studies adoption that could prove even more contentious.

Not that the state’s adoption list is a mandate. State law makes clear that individual school boards have the ultimate responsibility for instructional materials. But concerns swirl over what might happen if a complaint is filed against a district for using a book that the state has specifically left off its approved list.

Read our latest on this story here. More from the Palm Beach Post.

Charter schools: St. Petersburg College announced plans to expand its collegiate high school to a third location. • A charter school that provided an alternative to low-performing elementary schools in east Tampa is closing its doors. • Officials from several states including Florida have urged the Biden Administration to reconsider its stance on charter school funding, Fox News reports. Here’s education commissioner Richard Corcoran’s letter to the federal government on the subject.

Bus driver shortages: Students in north central Florida are grappling with late and missed bus rides to and from classes as their schools struggle to find enough drivers, WUFT reports.

Privatization: A new review by the Network for Public Education gave Florida an F grade for its commitment to public education, the Washington Post reports.

Gender lessons: A Sarasota County teen, who is among the plaintiffs against the state’s new law on teaching of gender identity and sexual orientation, says he’s fighting to protect LGBTQ students in Florida schools, WUSF reports.

High schools in Bradford and Columbia counties received bomb threats on Monday. Each turned out to be a hoax, Mainstreet Daily News reports.

We’ll break down the local and state education developments you need to know every Thursday.

You’re all signed up!

Want more of our free, weekly newsletters in your inbox? Let’s get started.

Explore all your options

One Polk County high school isn’t having trouble finding teachers. It encourages alumni to come back, and has 54 of them currently on staff, Bay News 9 reports.

The Palm Beach County school district plans to hire a new chief for its police department. Sarah Mooney would be the district’s fourth chief in a year, WPTV reports.

Don’t miss a story. Here’s the link to yesterday’s roundup.

Every Thursday, get the latest updates on what’s happening in Tampa Bay area schools from Times education reporter Jeffrey S. Solochek. Click here to sign up.