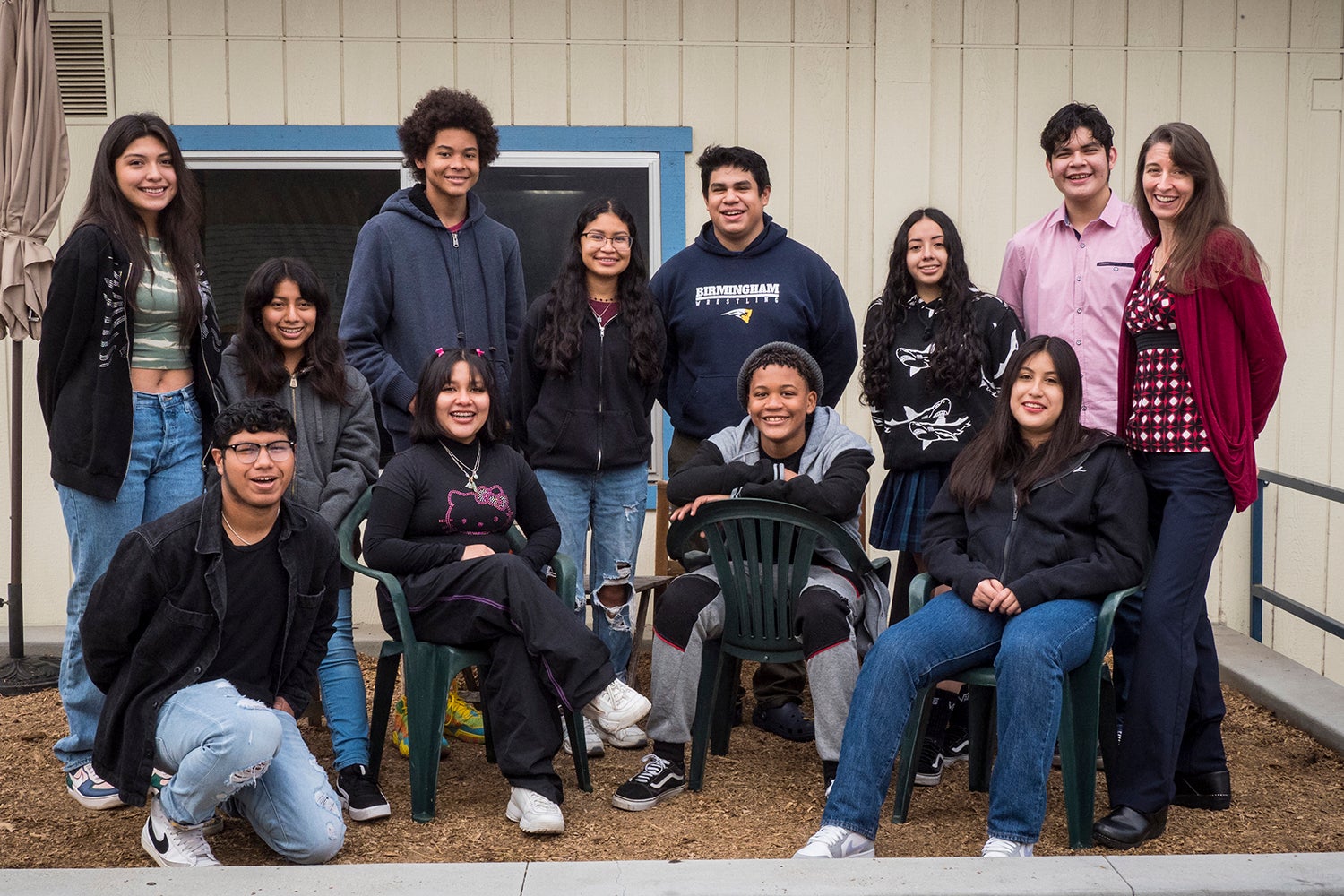 Dozens of high school students were logging on – from New York City to Topeka, Kansas, to Waipahu, Hawaii – for an unusual Stanford award ceremony: These teenagers, all from Title 1 high schools serving low-income communities, were the first cohort to complete a Stanford introductory computer science course offered to high school students through the nonprofit National Education Equity Lab.

The Dec. 13 Zoom gathering marked this milestone for the students with parents, teachers and others from Stanford and the Ed Equity Lab joining the celebration. The students had passed “Computer Science 105: Introduction to Computers,” earning both college and high school credits.

“You are all a part of the Stanford family now,” said the honorary guest speaker, Jason Collins ’01, the Cardinal All-American basketball star who played 13 seasons in the NBA. Collins surprised the students with a personal note: He had taken the same course while at Stanford. “I know exactly how hard this class is, the class that you went through,” he said. “I can’t wait to see what you will be doing 10 years from now.”

Stanford Digital Education, a unit in the provost’s office launched last fall to promote innovative learning opportunities benefiting the public good, organized the course as a pilot project with the Department of Computer Science and the Graduate School of Education’s Transforming Learning Accelerator.

CS 105 had the same learning outcomes and assessments as the on-campus version taken by undergraduates on campus. “This is the exact same material that I offered this very quarter to my Stanford students,” said Patrick Young, the lecturer in the computer science department who leads both iterations of the course. They did vary in one respect: Ed Equity Lab’s CS 105 provided support tailored to the needs of high school students. The section leaders understood that they had to work closely with the classroom teachers to help develop college-level study habits for the high schoolers, in addition to teaching the required material about coding and web building. “College-level rigor with high-school-level support,” Young said.

The course was demanding. Vihan Lakshman ’16, MS ’18, should know: He took a similar introductory course as a freshman. Speaking as part of the ceremony, Lakshman, who led a CS 105 section for a high school class in Casa Grande, Arizona, acknowledged that the class “moved really fast [and] covered a huge amount of material.” And it was about much more than coding. The students also learned the skills they would need to succeed in college. They showed the “grit and perseverance to get through those inevitable bumps in the road and stick with it,” said Lakshman, one of a number of alumni involved in the course who had studied computer science at Stanford.

Local teachers met with CS 105 students several times per week at their schools – 15 in eight states – to support active learning and problem-solving in person. The lectures, given by Young, were recorded in advance. Stanford alumni and student teaching fellows such as Lakshman held weekly online discussion sections and office hours and were responsible for grading the high school students’ work and awarding college credits for those who passed.

At the start of the class in September, Ty Torres, a sophomore at Birmingham Community Charter High School in Los Angeles, was nervous. He wound up acing the class. “This course has affected me a lot by challenging me in ways I’ve never thought before,” he told his peers at the ceremony. “I would work on things for, like, forever.” His final project, a website on Super Smash Brothers Ultimate Fighters Pass 2, is now available for viewing in an online project showcase on the Stanford website.

Another student, Janet Perez, a junior at All City Leadership School in Brooklyn, New York, spoke at the Zoom gathering, calling the course fun and difficult. She said she feels more ready for college because of the course. “This opportunity gave me a real insight into what a competitive college course looks and feels like,” she said in remarks at the ceremony. “And it’s given me confidence when looking at colleges [where] I want to apply.”

Founded in 2019, the National Education Equity Lab is designing, testing, and implementing new scalable strategies to help universities play a more active role in developing and identifying the next generation of scholars and leaders. Stanford is among the nation’s leading universities that are working with the nonprofit to provide online college credit-bearing courses in teacher-led high school classrooms in 32 states at no cost to students.

Leslie Cornfeld, Ed Equity Lab CEO, told the students that they were blazing a new trail for others to follow. “This was a pilot with Stanford, and you proved that this needs to be expanded,” she said. Students’ success in the course affirmed the nonprofit’s mission of providing college-level courses to students who can excel if only given the chance. “You have proven that talent is evenly distributed in our country, but opportunity is not, and you are changing that,” she said.

Stanford will expand the Ed Equity Lab partnership in winter and spring quarters to include a Structured Liberal Education course and a writing course, that will be offered to Title 1 high schools in the Lab’s network.

What follows are reflections from Perez, Torres and five other students who completed CS 105.