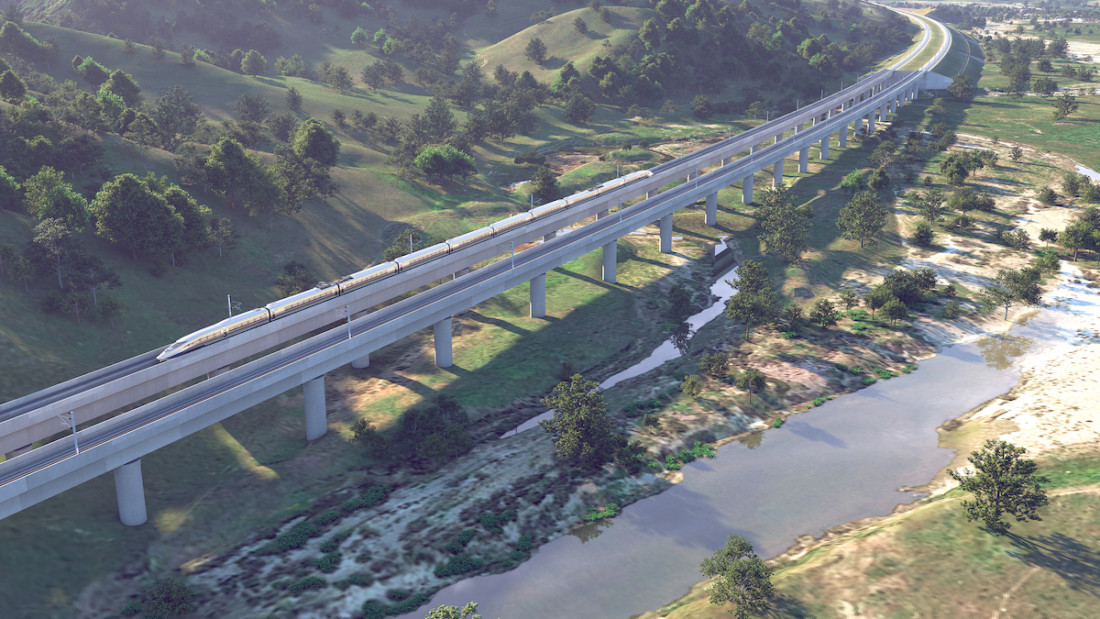 The plan addresses construction and funding.

The high-speed rail project aims to link San Francisco with Los Angeles. The connection from Gilroy to Merced is planned to go through Pacheco Pass, but no station is proposed for San Benito County.

The route is planned to pass near Highway 152/156 San Felipe Road Intersections according to an interactive construction map. An animated video of the proposed alternatives was created in 2019.

The Draft 2022 Business Plan states the connection through Pacheco Pass includes “the single longest tunnel in the entire statewide system at 13.5 miles.” It goes on to state an environmental Record of Decision (ROD) is expected in spring 2022. A ROD is a document that establishes a plan to remediate a Superfund site.

The Environmental Protection Agency defines a Superfund site as an area that is contaminated due to hazardous waste such as processing plants, landfills and mining sites. There is a Superfund site on the Superfund National Priorities List that is in the proposed route of the high-speed rail. It is located in South San Jose near the intersection of Monterey Road and Highway 85 known as the Fairchild Semiconductor Corp.

The San Jose to Fresno portion of the project is in third stage —design— of seven and the travel time is estimated to be 51 minutes without stopping, according to the Draft 2022 Business Plan.

Hollister Mayor Ignacio Velazquez and former San Benito County Supervisor Anthony Botelho told Benitolink in 2021 that the county never advocated to the state for a station in the county. Botelho, who served on the local transportation agency Council of San Benito County Governments (COG), owns property in the proposed route so he recused himself when the project came to the board.

The California High-Speed Rail Authority said that 300 miles of the 500-mile route has been environmentally cleared. Construction is currently underway for the 119-mile Central Valley segment.

“By mid-2022, the Authority expects to have environmentally cleared 422 miles, with Board action expected on the final Records of Decision on the two Northern California sections between San Francisco and Merced,” the California High-Speed Rail Authority said.

According to the Business Plan, the state has spent $8.6 billion on the project and has $2.9 billion remaining of available funds. While early projections estimated the project would cost $68 billion, now the price tag stands at $98 billion.

In regards to future funding, the Authority states that while it waits for a decision on a $4.2 billion appropriation decision by the California legislature from Proposition 1A, it is estimated that it has between $21 billion to $23.3 billion in revenue for the project through 2030.

The Business Plan says the state funding includes Proposition 1A and Cap-and-Trade funds and that no general fund dollars are allocated to the project. The state also receives federal funds— $3.6 billion as of Oct. 31.

Proposition 1A is a bond program for the high-speed passenger train approved by voters in 2008. The Cap-and-Trade program is part of the state’s plan to reduce Greenhouse Gas emissions by 40% from 1990 levels by 2030.

According to a study by ICF Consulting and Sonoma Technology, Inc. commissioned by the state, California had 399.47 million metric tons of carbon dioxide (MMTCO2) net emissions in 1990. According to a 2021 report, though that figure reached its peak in 2004 at 490.8 MMTCO2 since 1990, it has gradually decreased. As of 2019, California emissions stood at 418.2 MMTCO2.

Residents can provide comments online here, by email to [email protected], by voicemail at (916) 384-9516 or during public comment at the two upcoming High Speed Rail Authority Board of Directors meetings on Feb. 17 and March 17.

Additionally, comments can also be submitted through mail to ​​the California High-Speed Rail Authority

The complete Draft 2022 Business Plan can be found here.