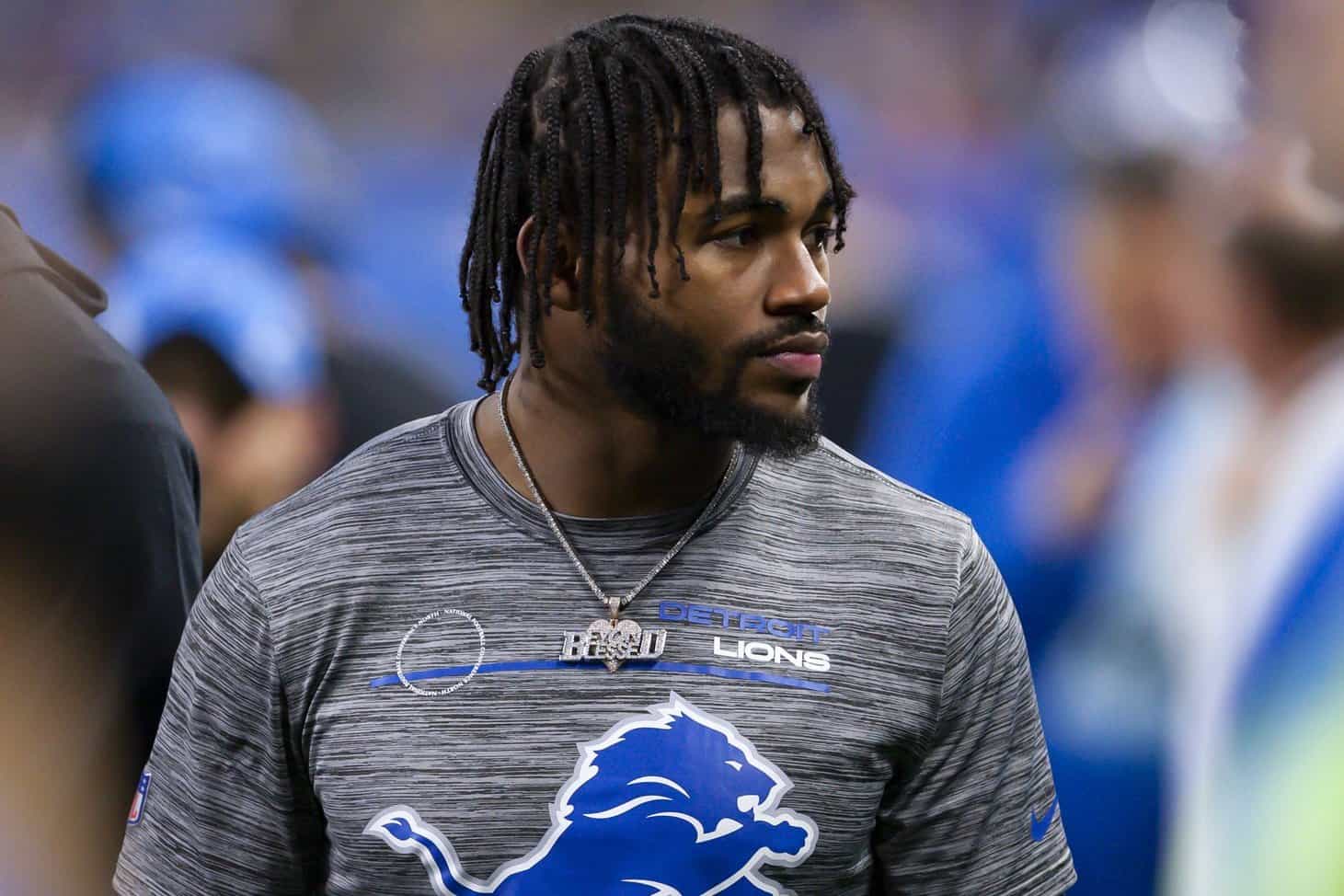 As D’Andre Swift works his way back from a shoulder injury sustained against the Chicago Bears in Week 12, will fantasy football managers have him available heading into Week 14? What is the latest regarding Swift’s injury status, is he playing this week, and what should fantasy managers do if he is out this weekend?

Is D’Andre Swift playing today vs. the Denver Broncos?

Swift will not play this Sunday against Denver. After missing practice this week, the Lions officially ruled him out of the game. He continues to work his way back from the shoulder injury, which caused his early exit against the Bears a couple of weeks back.

Offseason free agency signing Jamaal Williams, formerly of the Green Bay Packers, will also miss Sunday’s game due to being placed on the COVID-19 list. As a result, the Lions will be without their top two running backs in Week 14.

Swift picked up the pace before getting hurt

It’s not exactly been a superstar season for Swift on the ground. The Lions haven’t managed to put together substantial drives all season, resulting in fewer opportunities for Swift. Additionally, they’ve been weak in the red zone. Without any real highlight wide receivers, it makes sense that defenses key on stuffing the run, forcing Jared Goff to find guys in the passing game.

Swift averaged 4.6 yards per attempt in 2020, rushing for 511 yards and scoring 8 touchdowns as a rookie.

As a second-year starter, it hasn’t been easy for him. Swift managed more than 50 yards just once through the first eight games. In 2021, his yards per attempt average is down to 4.0, and he has found paydirt only 4 times.

That said, in the passing game, he’s been pivotal. Swift excels as a check-down option, off screens, and other designed RB targets. He’s the second-most targeted player on the team, behind only TE T.J. Hockenson. Swift has recorded 429 yards on 56 receptions, adding another 2 scores. His support in the passing game is likely where the Lions will miss him most on Sunday.

Who do fantasy owners turn to?

It’s a little bleak for the Lions without both Swift and Williams in Week 14. The next two backs on the depth chart are rookie Jermar Jefferson and converted safety Godwin Igwebuike. Between the two of them, they have 18 carries this season. So, it’s going to be a baptism of fire carrying the ball for the pair.

My pick to lead the backfield would be Jefferson. The Lions drafted Jefferson in the seventh round of the 2021 NFL Draft out of Oregon State. The young man had to work extremely hard to earn a spot on the roster, which at the time also featured veteran Kerryon Johnson.

Jefferson earned his way onto the 53-man roster after impressing in camp and having a decent preseason. He rattled off 43 yards in the third game against the Colts. He’ll take the majority of the snaps on Sunday, but we’ll have to see how he fares in the passing game, having had just 4 receptions for 23 yards so far on the season.

Is D’Andre Swift playing today vs. the Broncos? Latest news on Lions RB