At first glance, the IDEA McAllen College Prep public charter school near the Mexican border doesn’t look like a national education leader. It resembles other high schools in poorer parts of Texas. Seventy-seven percent of its students are from low-income families, Nearly all of them, like their teachers, are Hispanic.

Yet IDEA McAllen, with 393 students in a 10-year-old, two-story red and blue building, is the new number one on the list of the nation’s most challenging high schools I have been putting out since 1998.

It has by far the highest percentage of disadvantaged students of any school that has ever made the top of what I call the Challenge Index.

It is hard to imagine a high school in America where parents would not erupt in anger if the IDEA network’s demands were placed on their children. Freshmen at IDEA McAllen each take three Advanced Placement courses, including the exhausting three-hour college-level final exams written and graded by independent experts.

IDEA McAllen students must take a total of 11 AP courses and exams to graduate. Juniors start the International Baccalaureate diploma program while also taking APs. By the end of senior year, all students have taken six IB exams (some longer than three hours) and written an IB extended essay, a research paper that must be 4,000 words long.

So far this school year, only seven students have said they are leaving IDEA McAllen because it is too rigorous, chief program officer Dolores Gonzalez said. IDEA high schools have an 8¼-hour day.

Huge change in character of our most challenging high schools

There are many ways to compare schools. The Challenge Index list is my attempt to move away from ratings that focus on average standardized test scores, which are more a measure of family income than school quality. I rate schools by participation in college-level final exams such as AP, IB and Cambridge. I want to see which schools are welcoming average students into those challenging classes. Ultra-selective schools such as Thomas Jefferson High School for Science and Technology in Fairfax County, Va., have few or no average students and aren’t relevant to my inquiry, so I place them on a separate Public Elites list.

For each school on the Challenge Index, I divide the number of independently written and graded AP, IB and Cambridge exams given to all students at the school by the number of graduating seniors. Big schools thus have no advantage over small ones. I rank them based on that simple ratio, which does not include scores on the tests. Less than one percent of AP test takers have not first taken the AP course.

I started the list to publicize a message I had gotten from pioneering educators: high schools could invigorate learning by encouraging as many students as possible to take AP, IB and Cambridge courses and exams. A few schools then were already revealing the potential of even disadvantaged teenagers to succeed when given a chance to do college work with encouraging teachers. But most high schools provided few such opportunities. In some cases they banned students from AP courses if they had less than a strong B average.

I found a student at Mamaroneck High School in an affluent New York City suburb who was denied her request to take AP U.S. History because her grades were poor. She bought the course guide at a book store, did the assignments her friends gave her from the AP course and passed the AP exam, which students can take without the school’s approval.

Reform-minded educators have increased the portion of high schools having at least half of juniors and seniors taking at least one AP, IB or Cambridge exam. My research indicates such schools have gone from just 1 percent of all U.S. schools in 1998 to 12 percent in 2020.

But I never thought schools would dare require all students take several college-level courses and exams, as IDEA McAllen has done. The first I heard of any nonselective high school trying that was in 2001. Married economists Michael and Olga Block told me they were requiring every student take at least six AP courses and exams at their new charter school in Tucson. I listened politely but threw away my notes of our conversation because I was sure parents would never support such a system.

I finally wrote about the Blocks in 2004 when I realized their wild scheme was working. They were opening more of their BASIS charter schools because of increased parent demand.

Tom Torkelson and JoAnn Gama founded the IDEA charter network in 2000 when they were 25-year-old teachers in Donna, Tex. They ran the network until 2020. Soon after IDEA started, Torkelson read about the BASIS schools and with Gama decided they, too, would require AP or IB courses, even though most of their students, unlike those at BASIS, were from low-income families.

One of biggest, best charter networks stumbles but still grows

Torkelson told me he thought the move would enhance IDEA’s reputation, particularly if its schools ranked well on the Challenge Index. Not enough IDEA graduates were being accepted by top colleges, he said. Admission officers thought “our students weren’t smart, they were just the smartest students at a low-income, minority school.” IDEA decreed every student would graduate with a minimum of 14 AP courses and exams.

When they launched the initiative, Torkelson said, it was at first “a disaster in every way possible.” Scores were very low. The schools were asking teachers to prepare for AP exams they could not pass themselves.

“We invested in fanatical teacher training and support and we required each new teacher to take AP exams as part of their selection process,” he said. “We often hired teachers who only scored a 1 or 2 [on the 5-point grading scale], but they were smart, passionate, and we knew that if we put them through rigorous training where they both learned the content and the best ways to teach it clearly, they could succeed.” The National Math and Science Initiative, a Dallas-based nonprofit, provided veteran AP teachers to lead the IDEA training sessions.

The percentage of IDEA students passing AP or IB exams increased a bit each year. After eight years it reached 50 percent. The national passing rate for all AP students, most of whom are not low-income, is about 60 percent. The College Board reports that the portion of low-income students nationally taking AP exams rose from 3 percent in 2003 to 22 percent in 2018 with no decline in overall passing rates.

The top school on my first Challenge Index list, which ran in Newsweek magazine in 1998, was the Wheatley School in Old Westbury, N.Y. Sixteen of the top 20 schools that year were, like Wheatley, neighborhood public schools with mostly middle- and upper-class families.

But several charters, such as IDEA, had the independence and daring to impose heavy AP or IB loads that regular public school districts would rarely consider. As a consequence, charters have taken over the top of the list. On the new 2022 list of the top 300 schools nationally, charters comprise 15 of the top 20. That includes eight schools in the IDEA network and four in the BASIS network. There are also some unusual non-charters mixed in with them.

It took me a while to get over my shock at this. I had not thought such ambitious course and test requirements could produce so many schools that parents loved. IDEA now has 137 schools in Texas, Louisiana and Florida. BASIS has 34 schools in Arizona, Louisiana, Texas and Washington, D.C. If people are looking for innovations pioneered by charters, this is one.

The often-overlooked secret about such challenges is that students who fail difficult AP and IB exams often get as much out of the experience as those who pass. They realize from their own academic progress and the success of older friends in college that they learn more when forced to try harder courses than when taking easier courses as their neighbors do in regular schools. Their teachers cheer them on and show them how much they have improved.

Conversations with those students and their teachers make this clear. Nadya Martinez, a math teacher at sixth-ranked IDEA San Juan College Prep, said one of her students got only a 2 on the AP Calculus BC exam, usually too low for college credit. But the student had learned enough to get a score on the University of Texas at Austin placement test exempting her from all university math courses through the second year of calculus. The student’s mother was sobbing when she called Martinez with the good news.

I knew nothing about IDEA until its schools began appearing on the list. What I have learned since suggests that other schools, if they are brave, might benefit from following that example. 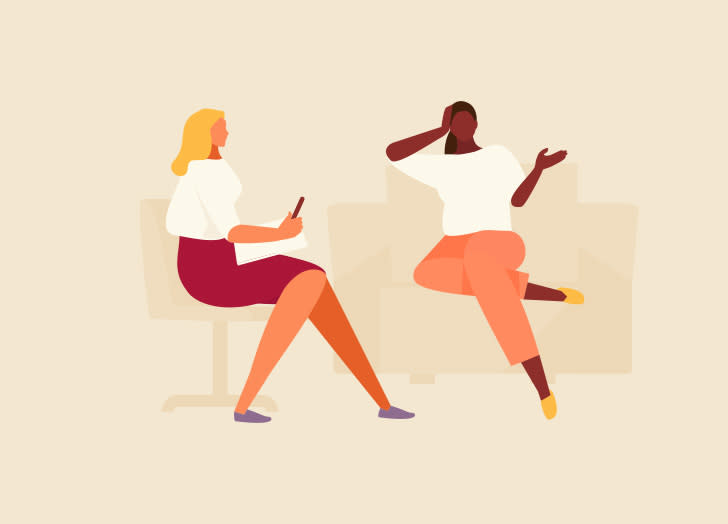 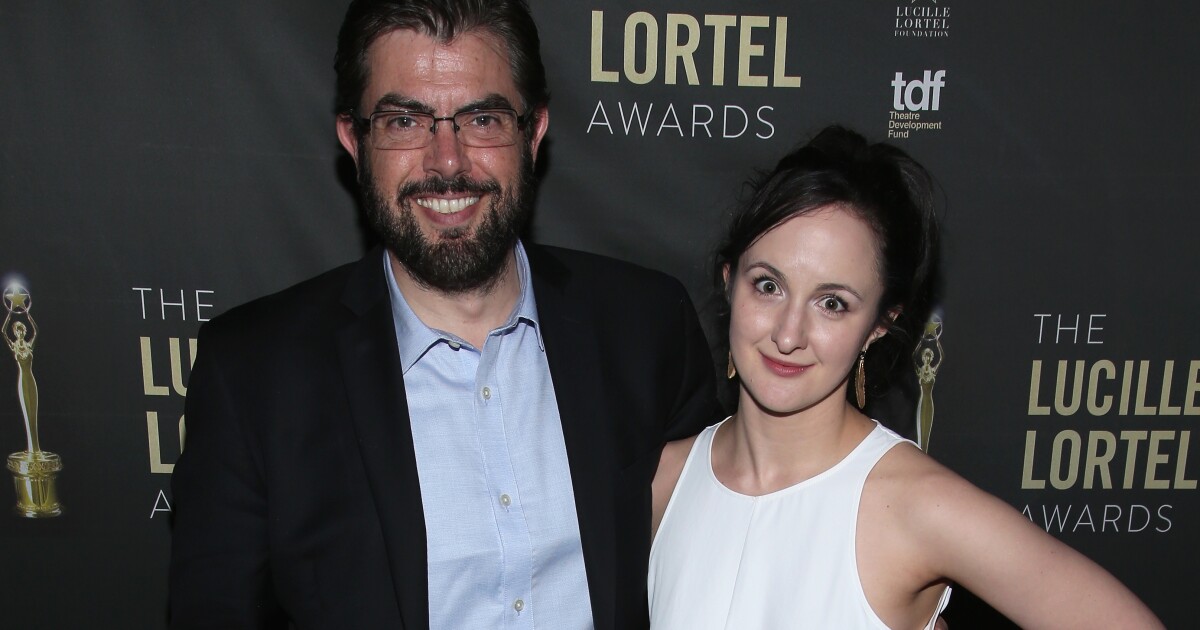