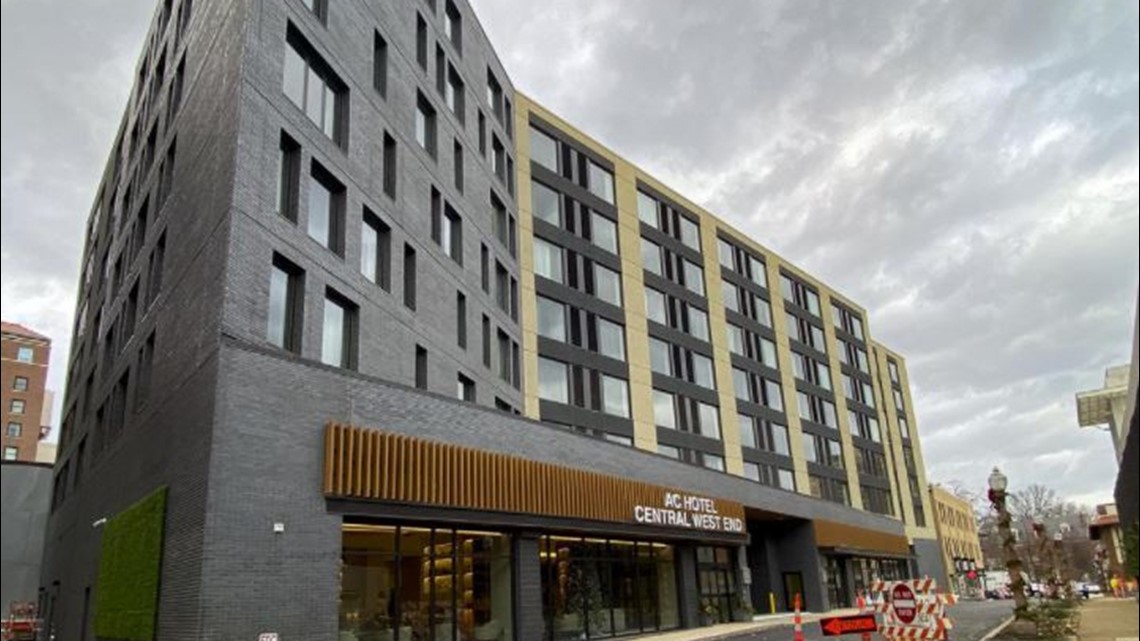 ST. LOUIS — A new $44 million hotel built on prime real estate in the Central West End is opening to guests for the first time Thursday, with an atmosphere designed to cater to millennials.

AC Hotel will open its first St. Louis location, with seven stories and 192 rooms, at 2015 York Ave. The property once held the television studio for KPLR-TV, whose “Wrestling at the Chase” events in the 1960s and 1970s were hosted next door at the Chase Park Plaza hotel. The former television studio was torn down for the new ground-up hotel construction.

A venture of Marriott, the AC Hotel brand caters to millennial travelers, said developer Sam Koplar, president of St. Louis-based Koplar Properties, which developed the site. Koplar Properties owns the local hotel in partnership with Montana developer Homebase Partners and Concord Hospitality Enterprises, which will manage it. Several developments around St. Louis also have announced they will include an AC Hotel, including downtown, Chesterfield and Clayton, but the Central West End location is the first to open.

The hotel brand intentionally appeals to younger travelers with slightly smaller rooms that have modern, minimalist touches such as hardwood-style flooring and upscale finishes, while prioritizing experiences over traditional hotel amenities, Koplar said.

“It’s really a lifestyle brand, and the long and short of it is it’s got everything you need, nothing you don’t. It’s geared toward the millennial traveler,” Koplar said. “It’s got a good European feel to it, and that really interested us. Younger travelers want to have more unique experiences when they travel — they don’t want the bacon double cheeseburger you get in the hotel lobby. They want to go out and explore the neighborhood where it’s walkable, where there’s shops and restaurants. And I think the Central West End provides that.”

As a developer, Koplar said he’s followed more in his grandfather’s footsteps than his father’s.

Click here for the full story and to see more photos.

Traveling
Me and My Travel