The Sanitation Department is now at 86%, firefighters at 82% and NYPD at 86%, the mayor said. Last month, city officials warned that some firehouses might need to be shuttered and some ambulances taken off the streets as vaccination rates lagged.

Last week, the city and four labor unions struck a deal reaffirming the city’s right to impose the mandate while making allowances for employees who filed medical or religious exemption requests.

“This is proof that the mandates are having a real impact,” de Blasio said. “The Fire Department’s doing an outstanding job. …  All units, operational. All firehouses, open. Response times, good. Sick leave has gone way down now, back to regular levels, even below. So, that’s fantastic.”

Also in the news:

►Philadelphia 76ers center Joel Embiid, the runner-up in the NBA’s MVP race last season, has tested positive for the coronavirus and will likely miss at least five games, according to media reports.

►There have been more than 250 million confirmed coronavirus cases worldwide, Johns Hopkins University data shows. The true number of cases is likely far higher because not everyone is tested.

►BNSF became the third major railroad company to file suit against its employee unions to determine whether it has the authority to require workers to get vaccinated against the coronavirus. Norfolk Southern and Union Pacific filed similar lawsuits against the unions last month.

►Japan reported no daily deaths from COVID-19 on Sunday for the first time in 15 months, as infections decline rapidly in the country.

►Vermont’s COVID-19 cases have surged since the summer. The state is now averaging 283 cases a day, compared to less than ten a day in July.

📈Today’s numbers: The U.S. has recorded more than 46.5 million confirmed COVID-19 cases and more than 754,000 deaths, according to Johns Hopkins University data. Global totals: More than 250 million cases and 5 million deaths. More than 193.8 million Americans — 58.4% of the population — are fully vaccinated, according to the Centers for Disease Control and Prevention.

📘 What we’re reading:  Will children of color get vaccinated at the rates of other children? Experts say equity is key to new normal.

Keep refreshing this page for the latest news. Want more? Sign up for USA TODAY’s Coronavirus Watch newsletter to receive updates directly to your inbox, and join our Facebook group.

Pfizer to pursue OK to boosters for all adults

Pfizer-BioNTech may seek authorization for a booster shot of their COVID-19 vaccine for all Americans 18 and older as soon as this week, the Washington Post reported.

Citing three unnamed sources, the newspaper said the Food and Drug Administration is likely to grant the request, which would make all adults in this country eligible for the boosters. Currently they’re limited to people 65 and older, the immunocompromised and those at high risk of virus exposure because of living or work conditions.

The Biden administration has been pushing to make the boosters available to everyone 18 and older. After initial pushback from public health experts who argued young, healthy people didn’t need them, there has been increasing evidence that vaccine protection diminishes over time.

Thousands of demonstrators protested outside the Los Angeles City Hall against the COVID-19 vaccination mandate that went into effect Monday.

The new rules apply to most indoor businesses and require proof of vaccination or a negative COVID-19 test for entry into  commercial venues such as movie theatres, gyms, restaurants and most city buildings.

The ordinance encourages businesses to offer service outside for patrons who do not provide proof of vaccination. Patrons who claim a medical or religious reason for not getting vaccinated can provide a negative coronavirus test taken within 72 hours. Venues that fail to adhere to the ordinance can face fines starting Nov. 29.

Protesters raised signs such as “Freedom over Tyranny” and “United We Stand,” with others donning American flags as capes. Photos and videos on social media showed some in the crowd were wearing police and firefighter gear as the departments similarly wrestle with mandates that could lead to employees losing their jobs if they are not vaccinated by Dec. 18.

First lady Jill Biden on Monday kicked off the administration’s push to encourage parents to vaccinate their children for COVID-19 by visiting an elementary school that played a historic role during the polio epidemic. The Franklin Sherman Elementary School in McLean, Virginia, was the first school to administer the polio vaccine in 1954. Biden plans to visit pediatric vaccination clinics across the country over the coming weeks, now that the CDC has endorsed the Pfizer-BioNTech coronavirus vaccine for children ages 5 through 11.

In a letter to school superintendents and elementary school principals, Education Secretary Miguel Cardona and Health and Human Services Secretary Xavier Becerra note that parents are approximately twice as likely to get their children vaccinated if their school provides information about the vaccine, according to Kaiser Family Foundation survey.

“We urge you,” they wrote, “to do all you can to help parents and families learn about the vaccine and get access to it.”

State Farm stands by Aaron Rodgers, but not some of his views

Given a chance to repudiate the vaccine misinformation spread last week by Green Bay Packers quarterback and company pitchman Aaron Rodgers, State Farm punted. The insurer said in a statement to USA TODAY that Rodgers has been “a great ambassador” for the company for a decade, and that while State Farm doesn’t support all of what Rodgers said, it respects his right to his personal viewpoint.

“We recognize our customers, employees, agents and brand ambassadors come from all walks of life, with differing viewpoints on many issues,” the statement said. “We encourage vaccinations, but respect everyone’s right to make a choice based on their personal circumstances.”

Another Rodgers’ sponsor, Prevea Health in Wisconsin, ended its partnership with Rodgers on Saturday.

The gap in COVID-19 deaths rates between red and blue counties grew faster in October than any previous month, a New York Times data survey reveals.

The Times reports that in October, 25 out of every 100,000 residents of heavily Trump-voting counties died from COVID-19, more than three times higher than the rate of 7.8 in counties that turned out strongly for Biden. October was also the fifth consecutive month the percentage gap between the death rates rose, the Time reports.

“The true explanation is straightforward: The vaccines are remarkably effective at preventing severe COVID, and almost 40% of Republican adults remain unvaccinated, compared with about 10% of Democratic adults,” the Times says.

Vaccinated travelers welcome back to US as travel ban ends

A rush of international travelers was headed toward the United States border on Monday as the COVID-19 travel ban ended and people from dozens of countries were allowed in, more than 600 days since they were barred from entry.

Long lines began forming at the Canadian and Mexican borders well before daybreak, and eager travelers boarded flights from Europe, including dueling departures from London’s Heathrow. The U.S.-Mexican border is typically the world’s busiest border crossing, used by about 350 million people annually.

The new U.S. entry rules require foreign air passengers to test negative for the virus before boarding a plane to the country and, if they are 18 or older, show proof of full vaccination. Travelers entering the U.S. on land or by ferry for nonessential reasons must show proof of vaccination. Read more here.

Equal access key to rollout of vaccination plan for kids

Now that a COVID-19 vaccine is available for children as young as 5 years old, community leaders, clinicians and officials are ramping up grassroots efforts to ensure children of color have equal access to the shot.

The rollout charges forward at drug stores, pediatrician offices, family health clinics and hospitals. But access may be challenging for some, as an estimated 53% of children throughout the nation lack a regular place to get medical services, according to a Kaiser Family Foundation analysis in 2019. Doctors said the vaccination barriers once faced by adults in communities of color are likely to be mirrored in children of color.

Buyer’s remorse in Britain: Maybe that hot tub wasn’t such a good idea

Britons who made feel-good COVID “treat” purchases ranging from clothes and shoes to hot tubs and gym equipment are now feeling buyers remorse to the tune of almost 6.6 billion pounds, or $9 billion.

A survey of 4,000 people by the insurer Aviva found that 9 out of 10 Brits treated themselves, costing an average of over $1,600. But 9% of buyers said they no longer use the purchases, 11% said they used items less than expected and 8% admitted they didn’t use them at all. Gaming equipment, tools, home gyms, bikes, clothing and jewelry, musical instruments, bread makers, garden furniture, pizza ovens and hot tubs all appeared on the regret list, the insurer said. Some of the items have already been resold.

President Joe Biden is pushing forward with a massive plan to require millions of private sector employees to get vaccinated by early next year. But first, he has to make sure workers in his own federal government get the shot.

About 4 million federal workers are to be vaccinated by Nov. 22 under the president’s executive order. Some employees, like those at the White House, are nearly all vaccinated. But the rates are lower at other federal agencies, particularly those related to law enforcement and intelligence, according to the agencies and union leaders. And some resistant workers are digging in, filing lawsuits and protesting what they say is unfair overreach by the White House.

The upcoming deadline is the first test of Biden’s push to compel people to get vaccinated. Beyond the federal worker rule, another mandate will take effect in January aimed at around 84 million private sector workers, according to guidelines put out last week. On Saturday, a federal appeals court in Louisiana temporarily halted the vaccine requirement for businesses with 100 or more workers. The administration says it is confident the requirement will withstand legal challenges in part because its safety rules preempt state laws. 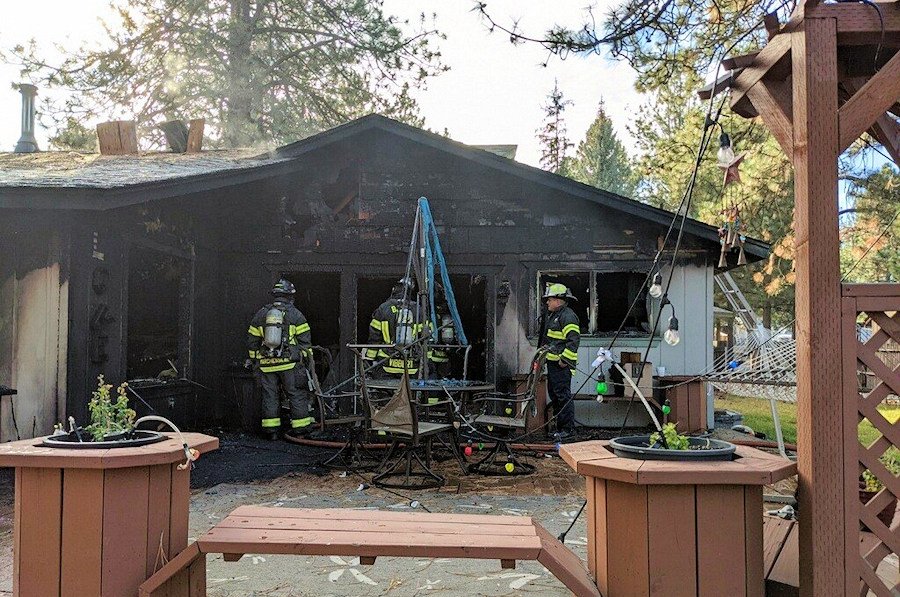 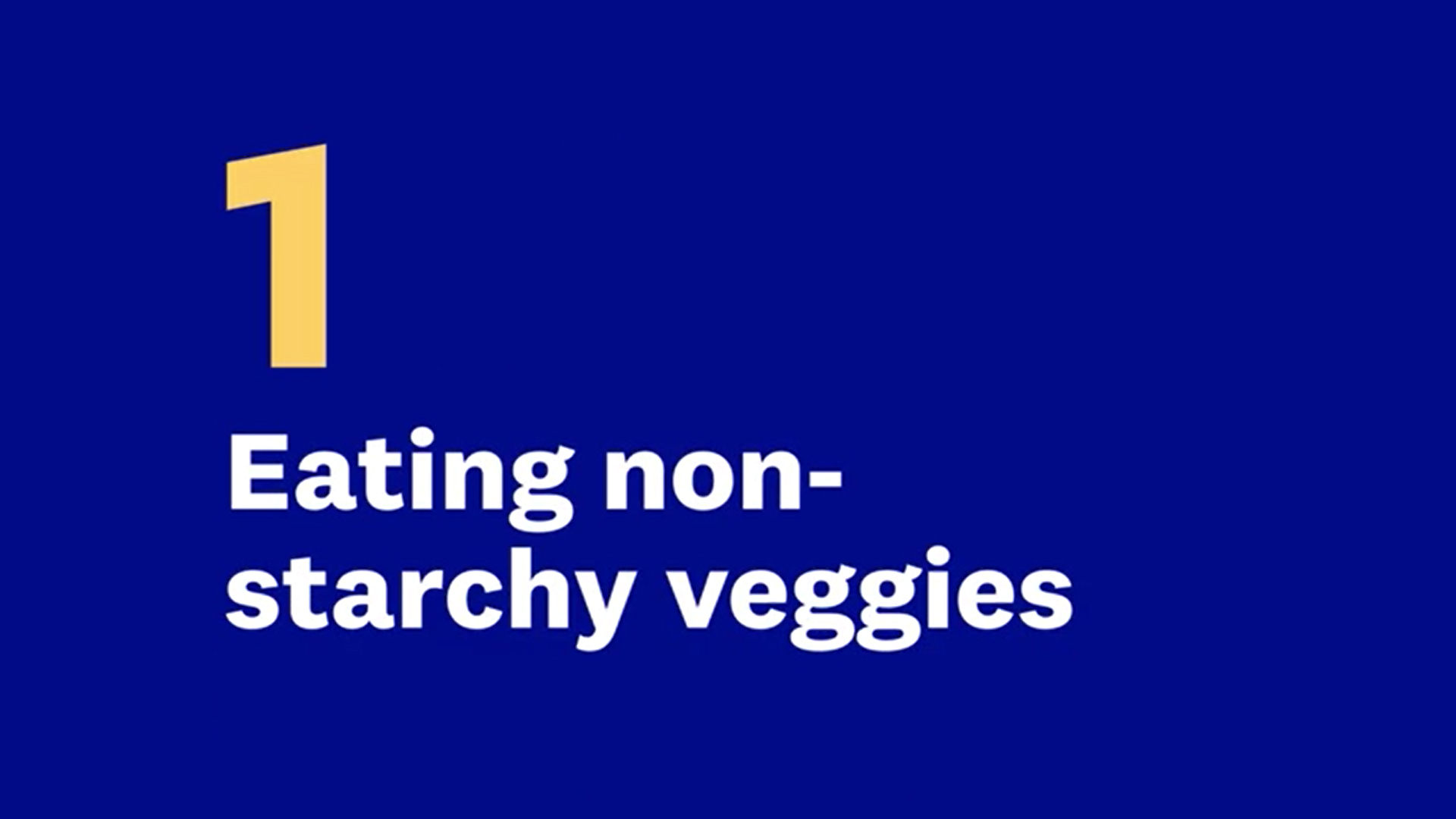