Denying complacency is a telltale sign of complacency. PGA Tour commissioner Jay Monahan did just that when he said the tour has “zero complacency” while addressing the rival Saudi golf league with the urgency of someone conducting business on the turn.

“I told the players we’re moving on and anyone on the fence needs to make a decision,” Monahan said to the Associated Press in an interview Wednesday.

Lazy ultimatums are an easy solution when the alternative is public ridicule. If Greg Norman and his LIV Golf Investments company weren’t in business with despicable people, Phil Mickelson might’ve had the leverage he bragged about right before he stuck his spikes in his mouth.

“All this talk about the league and about money has been distracting to our players, our partners and most importantly our fans,” Monahan said. “We’re focused on legacy, not leverage. You saw it last week with Joaquin Niemann winning, receiving the trophy from a legend (tournament host Tiger Woods) who inspired him to take up the game.

“Those moments can’t be replicated.”

Sorry, but “We’re going to keep making memories,” isn’t a business plan; it sounds like you’re simply relying on what already works. That’s complacency, my guy, and if that’s the best you can offer players when they complain about your “obnoxious greed,” rival leagues will continue to emerge, and disgruntled golfers will continue to entertain their offers.

G/O Media may get a commission

Stay on top of your health with high and low heart rate, and irregular heart rhythm notifications.
Track your daily activity on Apple Watch, and see your trends.

Monahan comes off as pretty arrogant for someone who isn’t a household-name commissioner. He reiterated that players who sign up for the Saudi league will lose their PGA Tour membership and shouldn’t count on getting it back. He also declined to say if Mickelson will be punished for flirting with the proposed super league, sticking to the PGA’s policy of not commenting on discipline.

The nearly “canceled” golfer is on a much-needed, self-imposed, and open-ended break from golf — and his crusade against the PGA — due to his impromptu apology tour. He’s been humbled and humiliated, and he will eventually return to the circuit, smirking like a jackass because he didn’t sign with the SGL.

Even if he had inked a deal and the blowback forced him to beg back into the PGA, do you honestly believe Phil Mickelson would get blackballed out of the tour? Golf fans love him to a loathsome degree, and they would despise Monahan if he refused to reinstate their pudgy hero.

“I know where a lot of our athletes stand,” the commissioner added. “That validation was incredibly impactful and gave us a renewed sense of optimism.”

Alright, well the problem isn’t going away just because the face of it did. The financial dispute wasn’t a vanity project for Mickelson — even if he treated it as such.

Grace McDermott covered the issues Lefty and a lot of golfers have with the independent contract business model employed by the PGA:

The athletes are largely expected to pay their own way in terms of travel, lodging, training, entry fees, and more. They also rely on prize money rather than participation money, unlike, say, NBA or NFL players… Forbes published a report that most professional golfers “struggle to merely support themselves” despite the PGA bringing in over $1 billion in revenue in 2019.

Bryson DeChambeau said he’s committed to the PGA as long as that’s where the best competition is. Brooks Koepka said, “Somebody will sell out and go to [the Saudi league].”

Those comments don’t sound like “validation” for the Tour, and I have no clue where Monahan got a “renewed sense of optimism” in all that.

The PGA caught a massive break in Mickelson’s rant about the Saudi league, and the fact that the commish felt compelled enough to emerge from whatever clubhouse he calls his office to declare the PGA has “zero complacency” shows it caught his attention.

That said, he may come to rue being so dismissive and authoritarian instead of taking the threat seriously. The PGA Tour didn’t do anything; Mickelson’s dumbass and a corrupt cabal screwed it up.

The next challenger and front man may not be so fucking stupid. 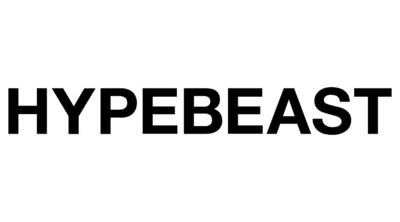