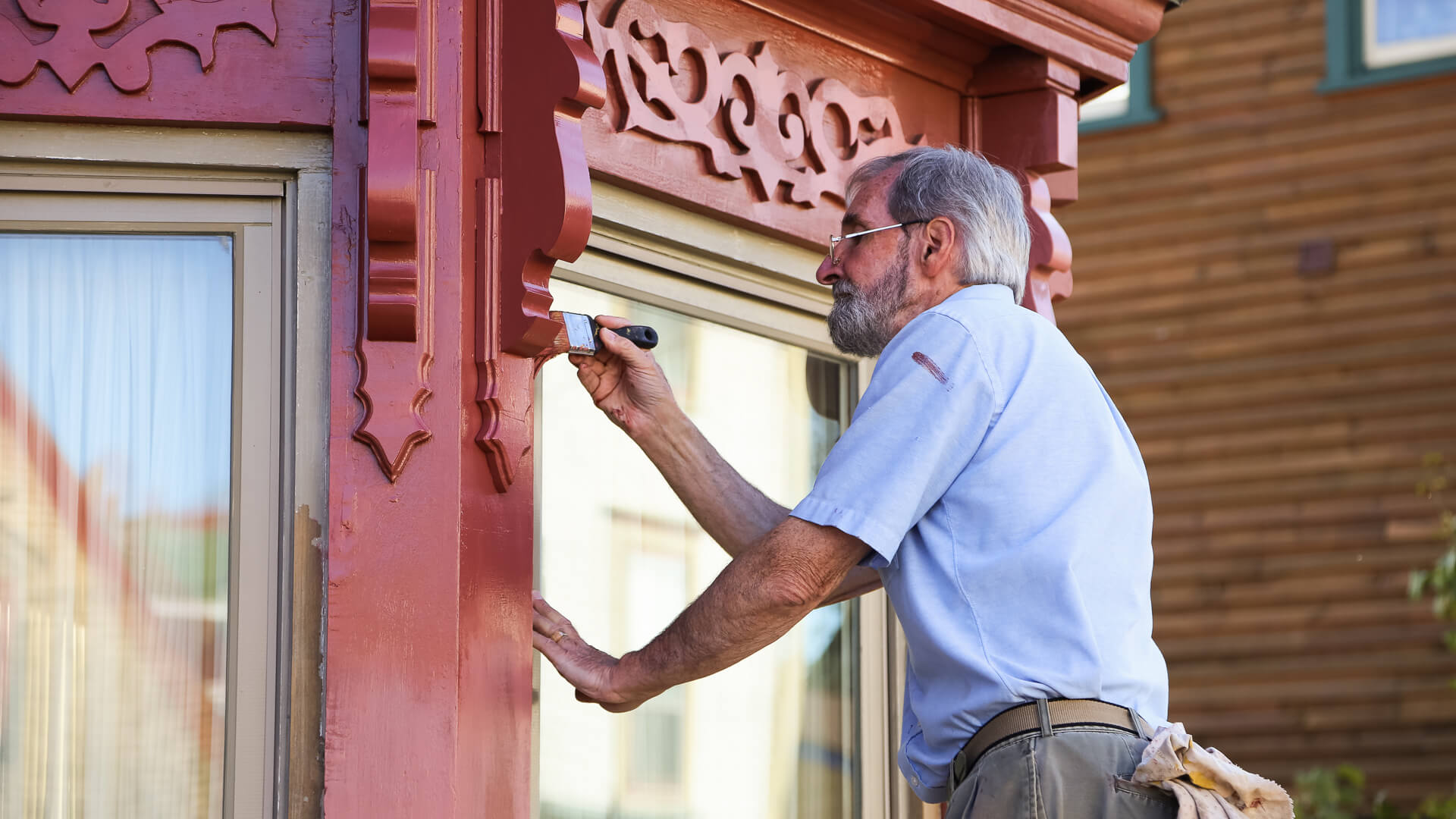 Who doesn’t love a good renovation? There’s an unparalleled pleasure in watching something old and beaten down get a second life, often with relatively simple fixes such as new wood and fresh paint. Wife and husband team Elizabeth and Ethan Finkelstein understood this when they began their show Cheap Old Houses, which premiered on the HGTV network in 2016. Since their launch, they’ve gained more than 1.6 million followers–so they must be doing something right. According to Real Simple, the couple started the show as a way not only to demonstrate the power of renovation but to save historical homes that are in sore need of repair. Most of the homes sell for less than $150,000.

Old houses often come with significant issues that need fixing, posing creative challenges for renovators. Regular homeowners can learn a lot from the creators of this show. Here are some great tips, both from Cheap Old Houses, and in general, to renovate any old house like a pro.

Check Out: Surprising Data Reveals The Top 25 Tax-Friendly States To Retire
See: 26 Home Makeover Ideas That Each Cost Less Than $500

Work With the House You Have

While you might have big visions for your old house, The Finkelsteins caution that you have to be realistic and work with what you have. You can’t turn a Tudor into a Dutch Colonial through a few minor renovations, and you don’t want to. Instead, appreciate the bones of the one you’ve got and see what you can do to restore it to its former glory.

Renovating an older house requires patience and is not a speedy process, the Finklesteins say. Elizabeth told Real Simple, “We really preach the idea of slow restoration.” That might mean even living in the space for some time before doing anything major to it. She gives the example of their own kitchen restoration of the old house they live in.

“When we moved into our house, I had an idea of what I wanted my kitchen to be and if we had had the money to do it right away, I probably would have done it wrong,” she said. Living in it for several years allowed her to see what the kitchen needed, and that it was okay to have a small kitchen.

You Won’t Find What You Need at Home Depot

If you’re looking for pieces to restore your house with, chances are, depending on the home’s age, you’re not just going to find specific fixtures, window frames, columns and more at your local Home Depot or other typical home improvement stores. The Finklesteins suggest you check out architectural salvage shops, because a lot of elements weren’t even created by machines back in their day, but by hand. To recreate a handcrafted aspect, such as a sconce or crown molding, would cost a mint today.

Learn and Respect the History of the House

Before you tear out something because it isn’t modern, you don’t like the color or you don’t understand the reason for its existence, learn about the history of your house. It might end up surprising you and be worth maintaining for historical significance. As an example, Elizabeth Finklesteins points to the pink bathrooms that became popular between 1953 and 1961 because Mamie Eisenhower had one. They may not speak to your taste, but they speak to a moment in time.

Of course, on the other end of preserving history is the idea of modernizing and personalizing an old home to fit your taste and aesthetic. Once you get your home in the shape you like it, have fun with it, and make it yours.

Architectural Digest encourages anyone preparing to renovate an old home to first make sure you get it inspected for “existing systems and structures” such as electrical systems and plumbing before you dig in too deep.

See: 32 Insider Tips for Buying and Selling a House

Most likely you’ll need to bring in new materials to refresh your old house, shore it up, or even replace failing materials. However, you can draw upon refurbished materials that are still “old” but in good shape to keep with the feel of your old home. For example, designer Delphine Krakoff told Architectural Digest that she and husband Reed Krakoff replaced damaged flooring in their home with reclaimed 200-year-old oak so it would still have the “creaky feeling” of old wood.

Jordan Rosenfeld is a freelance writer and author of nine books. She holds a B.A. from Sonoma State University and an MFA from Bennington College. Her articles and essays about finances and other topics has appeared in a wide range of publications and clients, including The Atlantic, The Billfold, Good Magazine, GoBanking Rates, Daily Worth, Quartz, Medical Economics, The New York Times, Ozy, Paypal, The Washington Post and for numerous business clients. As someone who had to learn many of her lessons about money the hard way, she enjoys writing about personal finance to empower and educate people on how to make the most of what they have and live a better quality of life.

December 6, 2022
How one can Save you Damp in Your Toilet

How one can Save you Damp in Your Toilet