U.S. stock futures are relatively flat ahead of October’s retail data. Economists surveyed by Dow Jones are expecting sales to have jumped by 1.5% last month, compared with 0.7% in September. Apart from this, the mixed sentiment comes as investors continue to digest the rising bond yields and inflation fears that could prove to be stickier than anticipated. Separately, Bitcoin and other cryptocurrencies fell sharply earlier today.

On Monday afternoon, President Joe Biden signed the $1 trillion bipartisan infrastructure bill into law. Naturally, such a move will have Wall Street thinking which stocks are the best bets in the stock market today. And companies investing in climate tech would be among the first to come to mind. For some context, climate tech, as the name suggests, is tech that is being used to address the climate crisis. In essence, this includes but is not limited to renewable energy stocks, electric vehicle (EV) developers, and related EV charging stock.

With so much noise in the stock market, some investors continue to pay attention to Warren Buffett’s investments. That’s because when the Oracle of Omaha initiates a position in some company, or adds to an existing one, investors read into that as a vote of confidence. But if he pares his holdings in a stock, it can cause some investors to rethink their own investments. Nevertheless, investors should consider their own circumstances instead of blindly following the actions of star investors.

All in all, it seems that the Oracle of Omaha continued to play defense when it comes to Berkshire Hathaway’s equity investments. Buffett oversaw a total of $1.95 billion in net sales of equities from his holding company’s portfolio for the third quarter, up from $1.1 billion in the second quarter. From the regulatory filing detailing Berkshire’s holdings, it appears that Buffett is slowly paring back on Berkshire Hathaway’s market exposure.

Electric vehicle start-up Lucid Group (NASDAQ: LCID) reported its third-quarter results after the closing bell Monday. For the quarter, Lucid strengthened its balance sheet through the closing of the SPAC merger, bringing $4.4 billion onto its balance sheet. The company told investors that customer reservations rose to 13,000 during the quarter. This ​​reflects an order book of approximately $1.3 billion, with the number since increasing to over 17,000.

The luxury EV maker started customer vehicle production at its Advanced Manufacturing Plant in Casa Grande, Arizona. For those unaware, the company also made its first customer deliveries in the quarter. Notably, LCID stock traded higher on Monday’s intraday after its Lucid Air won the 2022 MotorTrend Car of the Year.

Peter Rawlinson, CEO & CTO of Lucid, said: “We are tremendously excited by our accomplishments in our first quarter as a publicly traded company. We successfully began production of vehicles for customer deliveries, continued investing in capacity expansion of our manufacturing facility in Arizona, and opened new retail and service locations in advance of the Lucid Air launch.“

After coming out so strong from its public market debut, it’s natural that stocks would take a breather in the following sessions. But the same could not be said to Rivian Automotive (NASDAQ: RIVN). In fact, since last Wednesday, RIVN stock has almost doubled from its initial public offering (IPO) price of $78. So, what happened? Chances are, you’ve heard about the notable partnership with its major investor, Amazon (NASDAQ: AMZN). From the partnership, Rivian is expected to supply 100,000 electric vehicle trucks to the e-commerce giant. But that’s not the reason why it’s surging again this week. 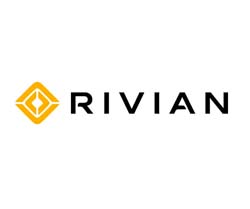 Instead, Monday’s move might be driven by the news that the company is already looking to expand its manufacturing capabilities with a new plant in Georgia. This new plant would add to the current single factory it has in Illinois. With its recent surge, it would value the company with a market capitalization of $127 billion. This is a staggering number considering it is 60% more than Ford’s (NYSE: F) valuation.

No doubt, RIVN stock has debuted at a time where investors are still very hot on EV companies. But after such a hot rally, it’s difficult to say that Rivian stock will continue to climb. After all, stocks don’t just move in one direction. Many will be watching to see if Rivian could scale up production and generate healthy returns for its believers.

Earnings To Note In The Stock Market Today

Even with all of this news, investors also have plenty of earnings to look forward to today as well. This is apparent in both the pre-market and post-market hours. For those reporting before the opening bell, we have notable names such as Walmart (NYSE: WMT), Sea (NYSE: SE), NetEase (NASDAQ: NTES) and Jumia (NYSE: JMIA) among others.

Alternatively, there are also several interesting names posting their latest quarterly results after the closing bell. They are StoneCo (NASDAQ: STNE), Star Bulk Carriers (NASDAQ: SBLK), Dolby (NYSE: DLB), and Varex Imaging (NASDAQ: VREX). Whether it is keeping up with economic data, developments in the EV space, or corporate earnings, there is plenty to keep investors busy in the stock market today.

December 9, 2022
Are Some Packaging Fabrics “Higher” Than Others?