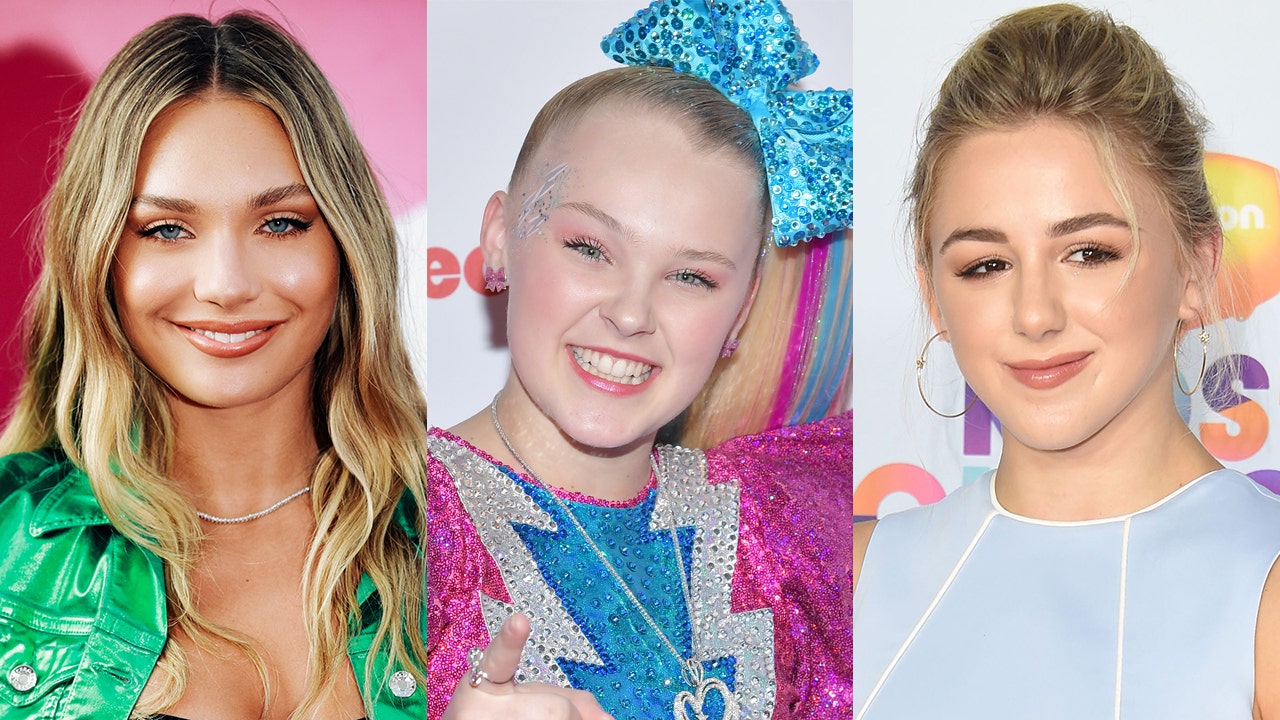 It’s been just over two years since “Dance Moms” aired its final episode on the Lifetime network.

The reality show followed a crew of mothers and their dancer children who answer to instructor Abby Lee Miller.

The show was hit with controversy a handful of times over Miller’s costume choices for the underage girls, as well as legal troubles, including Miller’s own prison sentence after being charged with bankruptcy fraud, concealment of bankruptcy assets and false bankruptcy declarations and her guilty plea.

Despite the turmoil and drama associated with the show – both on screen and off – the show launched careers for several young stars.

Here’s a look at where the “Dance Moms” girls are today.

Arguably one of the more successful alums of the reality show, JoJo Siwa saw her career explode when she got cozy with Nickelodeon after appearing in the network’s movie “The Thundermans” in 2016 and signing an overall deal with the network the following year.

In early 2021, the now-18-year-old star came out as a member of the LGBTQ community. She has since made history as the first competitor on “Dancing with the Stars” to be paired with a partner of the same sex.

Outside of dancing, Siwa has appeared in a number of films – most recently Paramount+’s “The J Team” – and has released a number of songs and EPs.

Maddie Ziegler is now known for appearing in movie musicals like “Music” and “West Side Story.”
(Photo by Matt Winkelmeyer/WireImage)

Maddie Ziegler has also found success in Hollywood since her days on “Dance Moms.”

Now 19, the young star rose to even higher levels of fame when pop star Sia took note of her skills and featured her in several music videos, including “Chandelier,” “Elastic Heart,” “Cheap Thrills” and “The Greatest.”

She’s appeared in a number of films as well, including the controversial “Music,” directed and co-written by Sia. The musical, for which she recorded her own vocals and played an autistic teenager, drew controversy as advocacy organizations insisted such roles should be played by an actor on the spectrum.

Notably, she’s also set to appear in the remake of “West Side Story” later this year.

Mackenzie Ziegler now has a music career and appeared on “The Masked Dancer.”
(Ed Herrera via Getty Images)

The younger sister of Maddie, Mackenzie Ziegler, has also found herself acting in her days since “Dance Moms.”

She’s appeared in movies like “Holiday Spectacular” and “Let Us In” alongside a few television appearances. She recently appeared on “The Masked Dancer” dressed as a tulip, making it to the semifinals before being unmasked.

Since she was young, Mackenzie has been a singer, releasing her debut album, “Mack Z,” in 2014, also under the moniker Mack Z. In recent days, she’s begun to once again go by her full name and released more music, including the 2018 album “Phases.”

Chloé Lukasiak recently published a book, “Girl on Pointe: Chloe’s Guide to Taking On The World.”
(AFP via Getty Images)

Much like several of her co-stars, Chloé Lukasiak is now an actress, best known for her role in the movie “F.R.E.D.I.”

She’s also a member of the literary community, having written the book “Girl on Pointe: Chloe’s Guide to Taking On The World.”

She made headlines just days ago when it was revealed that she is dating skateboarder Brooklinn Khoury. A source told E! News that the relationship is not “new.”

Nia Sioux has worked on a number of projects with her fellow “Dance Moms” alums.
(Photo by David Livingston/Getty Images)

Nia Sioux, also like several co-stars, has found herself in showbiz.

She’s appeared in a handful of films and TV shows, including “The Bold and the Beautiful,” which saw her featured in 59 episodes from 2018-2019.

She’s worked with a handful of her fellow “Dance Moms” alums, appearing in Mackenzie Ziegler’s “It’s a Girl Party” music video and lent her voice to three episodes of “The JoJo & BowBow Show Show” alongside the titular Siwa.

She doesn’t just dance to music, however, but also makes her own, including songs like “Slay” and “Star In Your Own Life.”

In May of 2020, she headed off to college at UCLA, according to a Facebook post from her mother.

Also a singer, Brooke Hyland released her debut self-titled album in 2013. Her most recent song, “Mean to Me,” was released in early 2014.

According to her LinkedIn profile, Hyland, 23, attended Ohio University and earned a bachelor’s degree in 2019 in marketing, management information systems and business analytics.

She also appears to be dating a Youngstown State University football player named Jayvon Thrift, per her social media.

Kendall Vertes has also become a musician in recent years under the name Kendall K. Most recently, she teamed up with singer MERCER for the song “Girl Talk” in 2018 but before that released several of her own singles and a Christmas EP.

Like her co-stars, Asia Money Ray has lingered in the entertainment industry.

She’s had a handful of acting roles on high-profile shows like “Grey’s Anatomy” and “American Crime Story,” which saw her play O.J. Simpson’s daughter Sydney.

She and her family also appeared in the reality show “Raising Asia,” which ran for a single, 14-episode season in 2014.

Of course, she’s entered the music scene as well, releasing a handful of R&B tunes, including 2019’s “Real Life.”

Kalani Hilliker, now 21, has had a handful of acting roles, including on the TV show “Dirt” and in the upcoming project “Adrenchrome II.”
(Photo by David Livingston/Getty Images)

Kalani Hilliker, now 21, has had a handful of acting roles, including on the TV show “Dirt” and in the upcoming project “Adrenchrome II.”

She’s also released a line of formal dresses through PROMGIRL. The line features gowns from $99-$249.