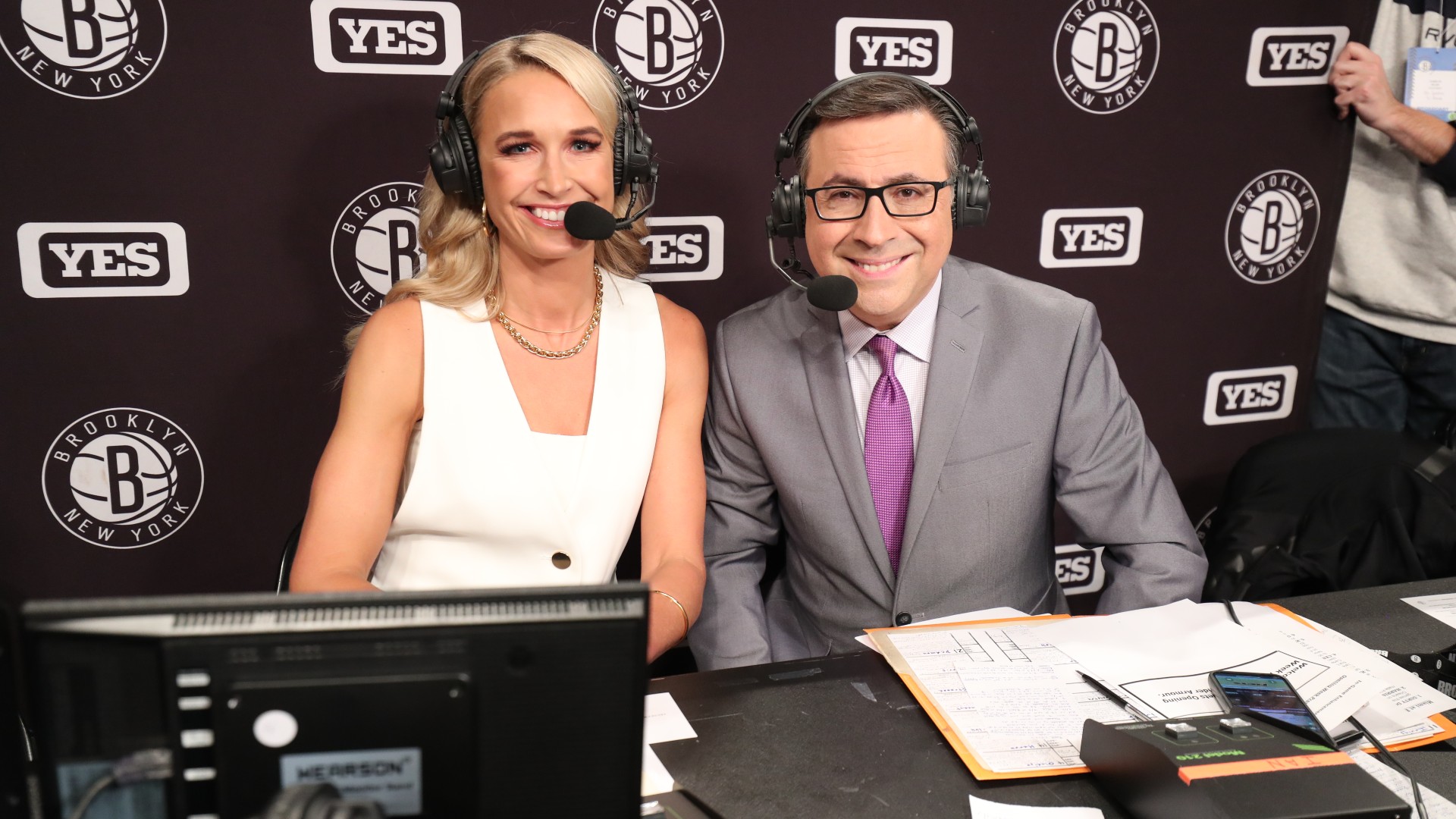 For this series, Julia Adams spoke to women from various positions around the league – from play-by-play broadcasters, to analysts, to producers – in order to capture how the NBA is supporting women to enter roles on a league-wide basis.

YES Network’s Sarah Kustok is used to being the only woman in the room. From a young age, she loved basketball, but there were no girls teams for her to play on. She didn’t let that stop her – instead she willingly played on the boys team.

“I’ll never forget there was this big holiday tournament. It was all the public and private schools… I was the first girl to have ever played in it,” Kustok said. “From an early age, I was very accustomed to being the only girl in a certain area … and so much of it came down to feeling good enough to belong.”

Fast forward to today, Kustok is still embodying the trailblazing spirit she possessed as a young girl playing on the boys’ teams. She became the first-female full-time analyst for an NBA team’s local network when YES Network promoted her from a sideline reporter for Brooklyn Nets games in 2017. She also reports for FOX Sports and is a host for the first-ever all-female sports talk show, We Need To Talk, on CBS Sports. Kustok credits much of her career accolades and work ethic to the lessons she learned while playing basketball.

Before transitioning to a broadcast career, Kustok played on the women’s basketball team at DePaul University. Her biggest key to success as an analyst is preparation – a skill she honed in on as an athlete.

“By nature I will always over-prepare for all things. As a player that has always been a part of me understanding that there are certain things you lack. Preparation is the biggest key to be at your best,” Kustok said.

Kustok has an extensive preparation process going into every Nets game. When asked to go into detail she laughed.

“How much time do we have.”

She watches tons of film and tons of live games and pours through notes, articles and stats in order to have as much information as possible heading into a game.

“There’s a balance of being as prepared as you can in what the team’s going to do – their play or style or numbers – and letting the game breathe. The greatest joy is we get to call live action. Absolutely anything can happen,” Kustok said. “Part of it is being prepared with the knowledge and background of the game to add color to it.”

Similar to a career as a professional athlete, Kustok said a career as a broadcast journalist can be filled with tons of scrutiny and critique. She believes preparation along with authenticity is important in helping her deal with criticism.

Another word she mentioned many times was challenge. Kustok loves a good challenge –  a characteristic that has allowed her to become a pioneer for females in the industry.

“We all experience moments that we think we could have done better or we feel disappointed at our performances. To me, that’s a virtue of competing to be the best version of yourself at whatever you are doing,” Kustok said. “The beauty of it is the want to improve and get better.”

Kustok has had many memorable moments in her career, but a surreal moment for her was when she covered a game at the United Center in Chicago – where she grew up.

“The first game I called at the United Center – listening to the introductions and seeing so many people that had knew me since I was a high school kid – to be there in the analyst role doing something that through the early part of my life, I didn’t even look as a real potential of a career… was really a full-circle moment,” Kustok said. “I felt fortunate and grateful for the progress that has been made in this profession, and a thankfulness for my roots and the people who helped me get there.”

As mentioned, Kustok believes her career wouldn’t be possible without a community of role models and supporters from around the league. She makes sure to thank ESPN analyst, Doris Burke, every time she sees her for being able to do her analyst job. But Kustok adds that her male role models have been just as transformative.

“There are so many men that are just as important to believe in you, support you, help you get better and improve,” Kustock said. “I even look at my play-by-play partners who were role models to me in a sense of the chemistry they looked to create and how they helped me get better.” 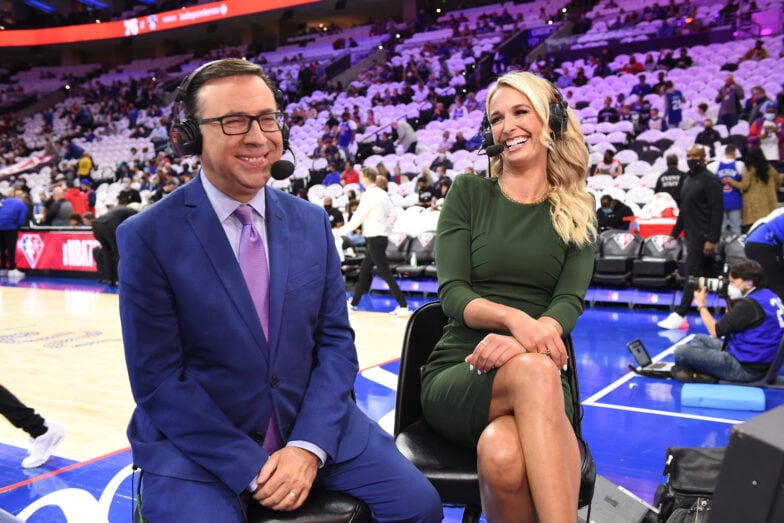 Kustok laughs with her play-by-play partner Ian Eagle before a game.

With all the support she received in her own career, it has become Kustok’s both career and life purpose to help others follow in her footsteps. She is passionate about helping young girls feel like they can do anything they wanna do in life.

“I hope that everything that I do can somehow lay a foundation for young girls to be afforded the opportunities at an even greater rate than we are right now because I am so grateful and indebted to all who went before me,” Kustok said. “There is not a day that goes by that I don’t thank the lucky stars I can wake up and do a job that I wholeheartedly enjoy and feel passionate about and challenged. To me, it is the greatest gift.”

To these younger women she shares this advice:

“Never lose sight of what matters most to you…and be a good person,” Kustok said. “At the end of the day no matter what happens with work and how I perform, how did I treat the people around me? Did I help others feel good? If I did that, I can go to bed at night. Always keep that at the forefront of everything you do.”