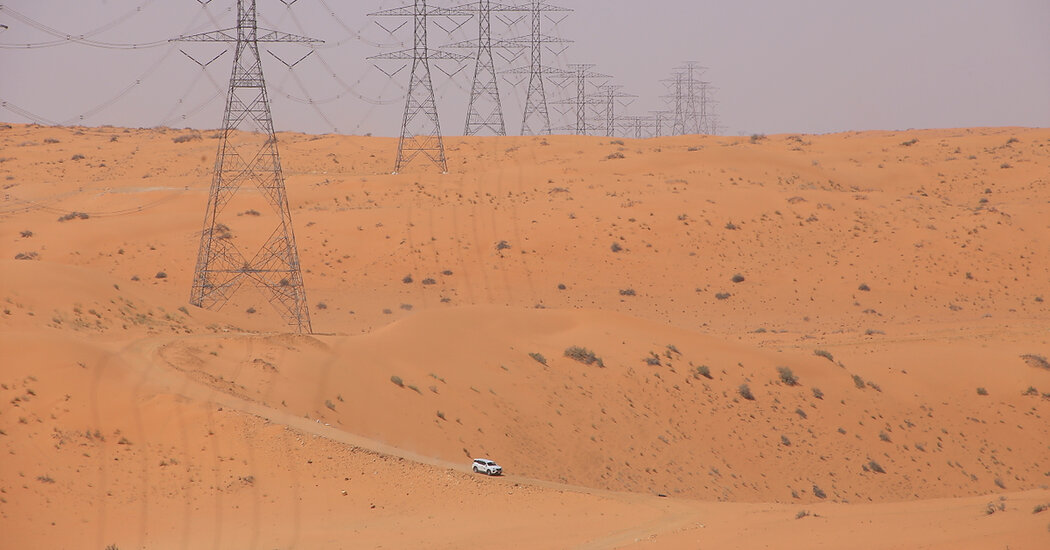 HAIL, Saudi Arabia — The starting line for the Rally Jameel was drawn in 2017, when women in Saudi Arabia earned the right to a driver’s license. Last month, the ceremonial green flag finally fell on the kingdom’s first all-women rally at Qishlah Palace in Hail, waved by Prince Abdulaziz bin Saad bin Abdulaziz, and Saudi Arabia marked another historic beginning for women.

The rally (Jameel means beautiful in Arabic) ushered in the era of women’s motorsports in the kingdom. Rallying, or desert racing, originated in the early 20th century. Racers drive long distances, typically in stages, over rough off-road terrain in modified vehicles. Often courses, such as the famous Paris-Dakar Rally, include checkpoints or waypoints where drivers and navigators collect points as they plot their way to the finish line.

“Getting here and being in our first drivers’ meeting gave me goose bumps,” said Atefa Saleh, 41, a Siemens engineer from the United Arab Emirates. “I’m excited to be the driver. But we’re switching if something goes really wrong,” she quipped.

Ms. Saleh’s co-driver, Eleanor Coker, 48, is an American living in Saudi Arabia. She had an unusual method to prepare for her navigation duties. “My son came home from school and caught me on his PlayStation doing the Dakar game,” Ms. Coker said, referring to Dakar 18, a racing simulator.

Before 2017, Saudi women could hone their driving skills only by playing video games like Grand Theft Auto and Gran Turismo. It was time to get out on the dirt and have a little fun.

Competitors came to the rally, in mid-March, from 15 countries, including Britain, Germany, Oman, Spain, Sweden and the United States. There were 34 two-women teams, and over half had at least one Saudi.

I am a writer and rally driver and was invited to compete with a delegation of three American teams. We knew some participants would be professionals who already understood the joy of rally. But most had only recently received their driver’s licenses and were new not only to the sport but driving off-road. What we all experienced exceeded expectation.

The Jameel covered over 1,100 kilometers (687 miles), about 340 (212 miles) of those off-road. Competitors collected 141 waypoints from road books issued to teams the night before each of three stages. A Stella III EVO rally computer, a high-tech odometer mounted to the dashboard by Velcro and duct tape, included a digital file of the course and tracked a team’s speed and location via GPS. The Stella opened each waypoint at a distance of 800 meters (half a mile), and when drivers were 90 meters (about 100 yards) from the bull’s-eye, the waypoint was validated by the computer and points were issued.

Four challenges of time, speed and distance, called average speed challenges, were instituted for additional point opportunities. At hidden intervals within predisclosed distances, each team’s rally computer recorded its speed, and penalties were imposed if drivers weren’t precise. If you thought driving fast was difficult, try going exactly 38 kilometers per hour (23.6 miles per hour) for 20 kilometers over soft sand highways, around hairpin turns on gravel roads or up steep inclines.

The Rally Jameel was conceived and sponsored by Hassan Jameel, the deputy president and vice chairman of the Abdul Latif Jameel conglomerate and Bakhashab Motorsports Development, and himself a champion rally driver. It also received patronage from Princess Reema bint Bandar Al Saud, the Saudi ambassador to Washington.

Stage 1 of the rally challenged competitors with an out-and-back route from Hail, in northwest Saudi Arabia, to Jabal Umm Sinman Mountain, just east of the Jubbah UNESCO heritage site, where petroglyphs and inscriptions almost 10,000 years old can be found on the desert rocks. Team agendas didn’t include sightseeing, however, as penalties were issued if you didn’t get back within a restricted time — and no speeding was allowed.

In the greater rally world, speed as well as navigational accuracy decides who stands atop the podium. But the Jameel imposed a speed limit of 70 k.p.h. off-road, and the posted limits applied on roads. Without a successful and safe inaugural event, there would be no sophomore year. Organizers also knew that if they had introduced speed, competitors would need a racecar equipped with a roll cage. Accessibility for more women governed the rally’s main objectives, so the vehicles were cars you might find in any driveway.

The rally’s second stage consisted of a transit from Hail to a glamping-style bivouac 600 meters above Al Mithnab, a governorate in the Qassim region, not far from Antara’s Rock, a famous boulder that appears as if it had been split in two by a razor. In its shade, it is said, Antarah ibn Shaddad, a sixth-century poet and warrior, met his love, Abla.

The broad and barren Saudi desert landscape felt not unlike the desert near my California home. Fellow competitors could easily have been old friends, sharing rally tips and driving techniques, rolling our eyes about husbands and children, and drinking far too much coffee for good sleep. The other side of the world suddenly felt less far away.

After the first day, her team was in second place, but by Day 3 it was down to 13th. “That was a tough reality for me,” Ms. Alesayi said. “I thought we were doing so well. But I learned so much.”

Ms. Alesayi used to steal her father’s car at night and drive around their farm, before it was legal for her to drive. We have so much more in common than I could have imagined.

“My mother told me I am a daughter of the desert,” she said. “Now I just want to drive rally as much as I can.” As Rod Hall, the legendary American off-road racer, used to say: “First you learn how to finish. Then you learn how to win.”

Rally Jameel organizers modeled their vision after the Rebelle Rally, the longest map-and-compass navigation rally in the United States, which just happens to be for women.

Emily Miller, the Rebelle founder and a rally champion, had a goal of putting together an event where women could challenge themselves off-road.

“Having a successful rally doesn’t mean winning,” said Ms. Miller, who acted as a steward and mentor at Jameel. “It’s about how you work with your teammate, how you prepare and show up. It’s how you learn from your mistakes and move on. Those are skills you use in your daily life.”

But it isn’t all serious business, either. “Most importantly,” she continued through her signature mischievous smile, “rally is about having fun.”

For the third and final stage, teams navigated around camels huffing their way across the endless and intimidating dunes to Riyadh, the capital. Without question the most challenging driving of the rally came inside the city limits, on highways where lane lines and speed limits seem like mere suggestions.

Upon arrival at our final base camp, I found Lauren Bradley, Ms. Alesayi’s co-driver, a Scottish physical education teacher living in Jeddah, rattled, her face red from crying. “That traffic was the most terrifying thing,” she said in her soft brogue. “Someone tried to drive into us a couple of times.”

As women find their place behind the wheel, not all in the kingdom are supportive. However, the government appears committed to protecting women. Several competitors mentioned that if they felt harassed or intimidated on the road, they could report the incidents to the police and that there were repercussions for perpetrators. While the Saudi political climate remains complex, opportunities for women are growing.

Dania Akeel owns a rare distinction in Saudi Arabia, her homeland. She is a rally champion in the T3 class of Cross-Country Baja and drove in the 2022 Dakar. Her Toyota Land Cruiser, emblazoned with badging of the Jameel and her sponsor, Toyota ALJ, also sported a rallying cry in the form of a singular decal: #begin.

“The Rally Jameel is the next step,” Ms. Akeel said. “Women have been on the road for a couple of years. Now they have the choice to go off it.”

At the rally’s close, two Swedish pro drivers, Annie Seel and Mikaela Ahlin-Kottulinsky, topped the podium in a 2022 Toyota RAV4.

My co-driver, Sedona Blinson, and I won Stage 3 and took fifth place overall. But the most satisfying result could easily have been that of two Saudi women, Afnan Albediny and her co-driver, Fatmah Al Shamri, who came in 22nd.

The accomplishment evident in Ms. Albediny’s broad smile had nothing to do with her place on the leaderboard.

“Before I was a driver. Now I can say I’m a rally driver.” 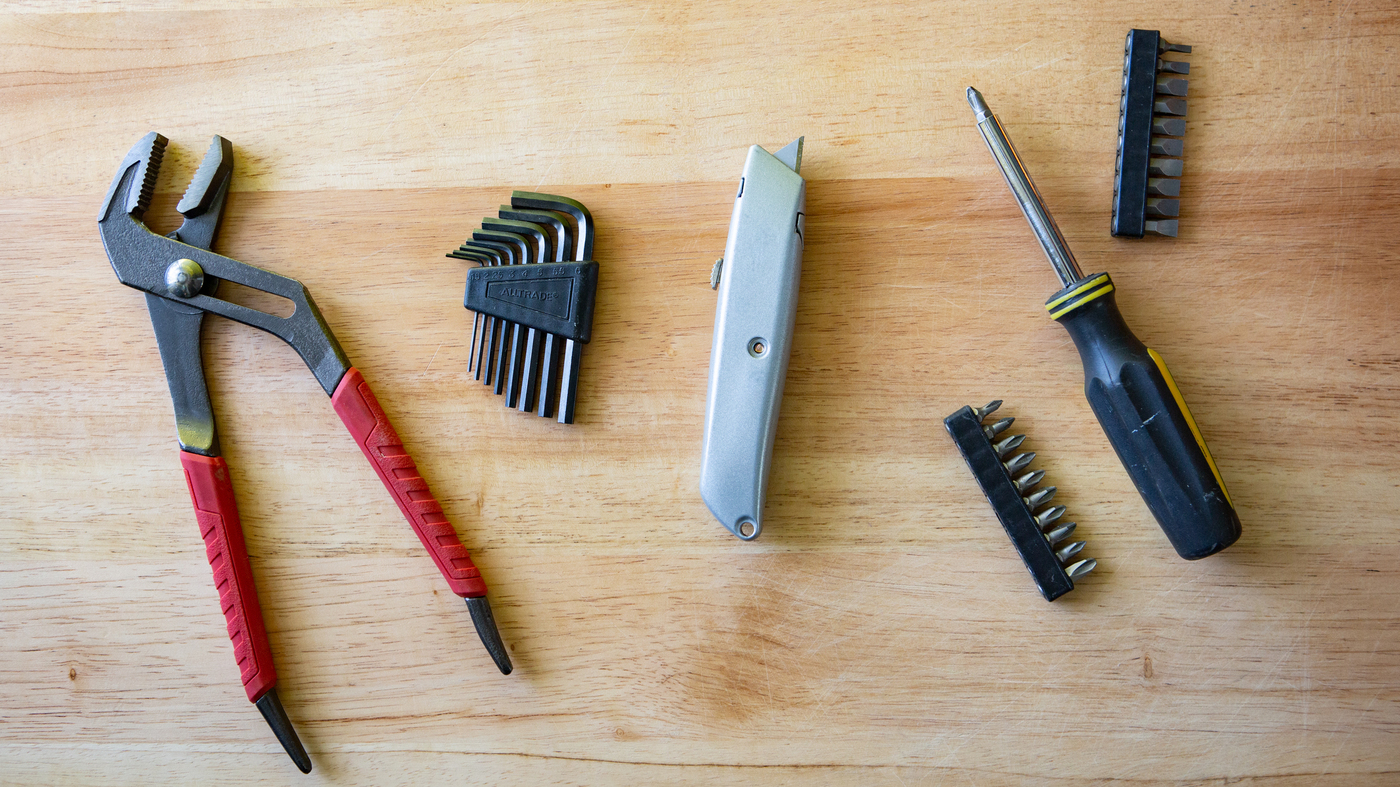