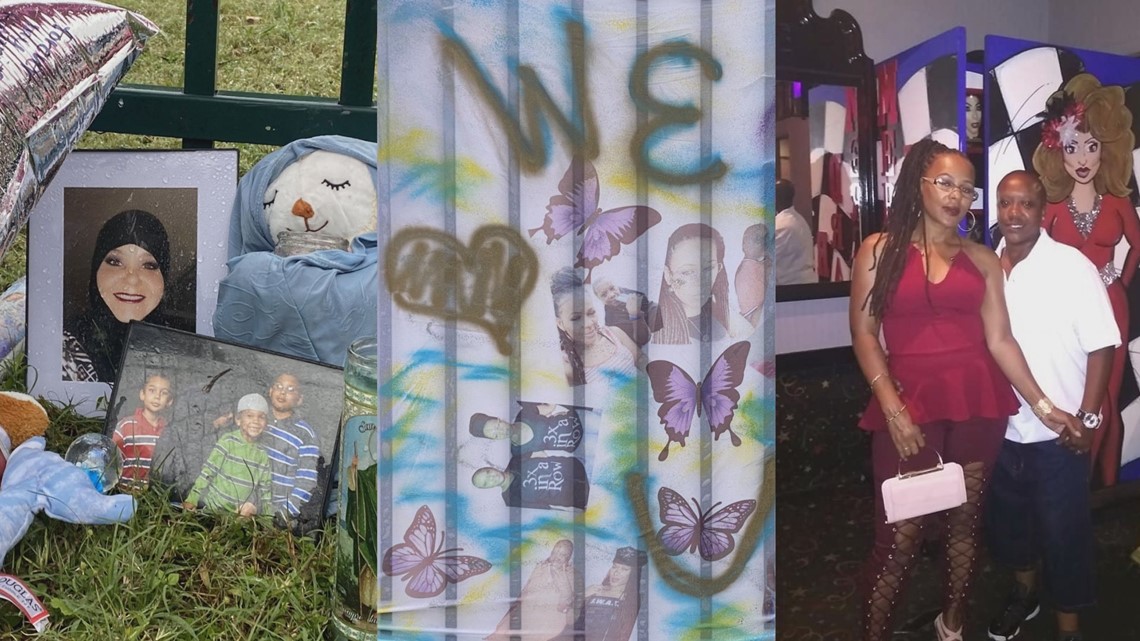 Days after a shooting rocked the Young Terrace neighborhood in Norfolk, we are learning more about the victims.

NORFOLK, Va. — The family of one of the women shot in the Young Terrace community Wednesday wants her to be remembered as a ‘hero.’

Earlier this week, police say a 19-year-old suspect shot shot at one woman on Whitaker Lane. When others tried to help her, Norfolk Police Chief Larry Boone told reporters the gunman shot four other women.

“We want justice served for all three of the victims,” said Tina McPherson, sister of Nicole Lovewine.

Norfolk police identified Lovewine and Detra Brown as two of the women killed in the shooting.

The longtime couple was always seen together.

Loved ones hold onto the good times they shared.

Pierce told 13NewsNow she sees tragedies like on Wednesday all the time, but she never imagined it would happen to her family.

Lovewine had four children. Pierce and McPherson remember her for her smile, soft voice and loving heart.

Neighbors tell @13NewsNow the couple tried to help Lovewine’s 19yo daughter after the suspect shot her, but the gunman also shot them and two neighbors. pic.twitter.com/eR5AQ9K2hw

Lovewine and Brown tried to help Lovewine’s 19-year-old daughter after her boyfriend shot her, according to an eyewitness account.

“It cost them their lives, but I don’t think they would have that any other way,” said Annette Stone, owner of Norfolk bar 37th and Zen. “I feel like there is a trail of broken hearts left behind, because we all loved them so much.”

Lovewine and Brown were regulars at the old Hershee bar and at 37th and Zen.

Two Young Terrace neighbors also tried to help after what unfolded Wednesday night. But police say the suspect turned his gun on the neighbors too, injuring a 39-year-old woman and killing Sa’idah Costine.

“She was the best mom. She was my best friend,” said Siera Elerson, the 25-year-old daughter of Sa’idah Costine. “It was always us first. She never stopped fighting, never. No matter what she went through. She never gave up.”

Costine leaves behind six children, ranging in age from six to 26.

Elerson told us her mom died a hero. “She was just perfect,” said Elerson, while holding one of her mom’s favorite hijabs.

‘She lost her life being a hero’ | Children and loved ones of Sa’idah Costine visited the growing memorial in the Young Terrace neighborhood this afternoon.

25-year-old Siera Elerson told us what the community support means to her and how she’ll remember her mom. @13NewsNow pic.twitter.com/rZgXzXnyFS

A memorial for Lovewine, Brown and Costine continues to grow on Whitaker Lane.

The families tell us they’re thankful to everyone who has reached out. They are still planning their funerals.

Loved ones are planning to organize a GoFundMe page for Lovewine and Brown.

One of Costine’s sisters set one up Saturday. You can find the that GoFundMe page here.

Palmer is at the Norfolk City Jail without bond. He’s due back in court in January.